This note is to be intended as a critical comment on the interpretation that the authoritative scholar Manlio Simonetti has made concerning some doctrinal arguments pertaining to the development of the Aryan crisis. It focuses in particular on the second formula of faith brought up at the Council of Antioch, in the year 341, which is regarded as moderate and therefore orthodox, but which in fact shows the divided doctrine of the hypostases typical of Aryanism. Secondly, the Monarchian interpretation of the Nicene symbol is also discussed, proving that, contrary to the hypothesis of the scholar, the Nicene "homoousios" regarded "ousiai" as totally distinct from the Father and the Son, which is confirmed by the teaching of Athanasius, by the Homoeousians, and also by Basil of Caesarea. 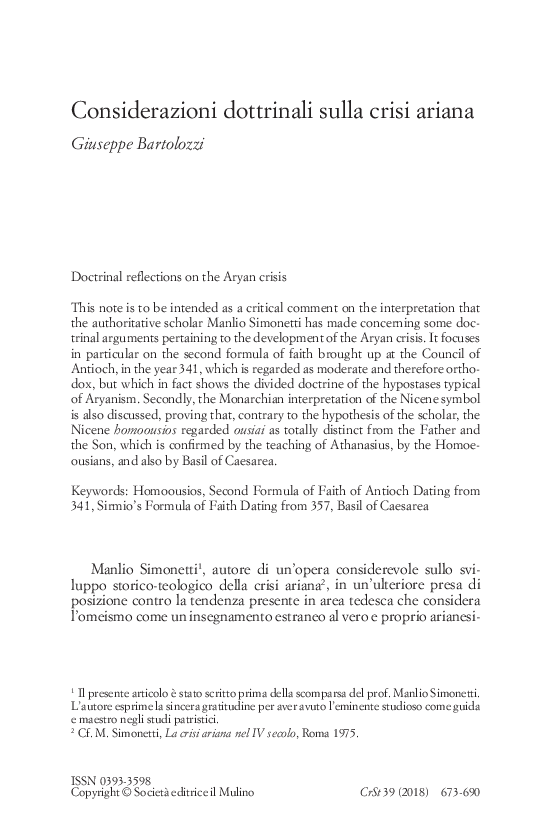