The Astronomical Observatory of Brera is the oldest scientific research institute in Milan and born of a project conceived by the Jesuit father Ruggero Boscovich in the second half of the eighteenth century. From the outset, it has promoted the teaching and popularisation of astronomy alongside research. It achieved great fame in 1781 when Barnaba Oriani provided the scientific community with accurate calculations that contributed to the recognition of Uranus as the seventh planet in the Solar System. Giovanni Schiaparelli, director of the Observatory from 1862 to 1900, carried out his observations of Mars from the Brera rooftops, for which he gained international recognition and his observations paved the way for Martian «sagas». To escape the air pollution threatening Milan, a site was built in Merate (Brianza), in 1923. The Brera and Merate observatories are today part of the National Institute of Astrophysics of the Ministry of Universities and Research, one of Italy’s most important research institutes. Moreover, it boasts an enormous historical heritage of great value: archives, library, and ancient instruments 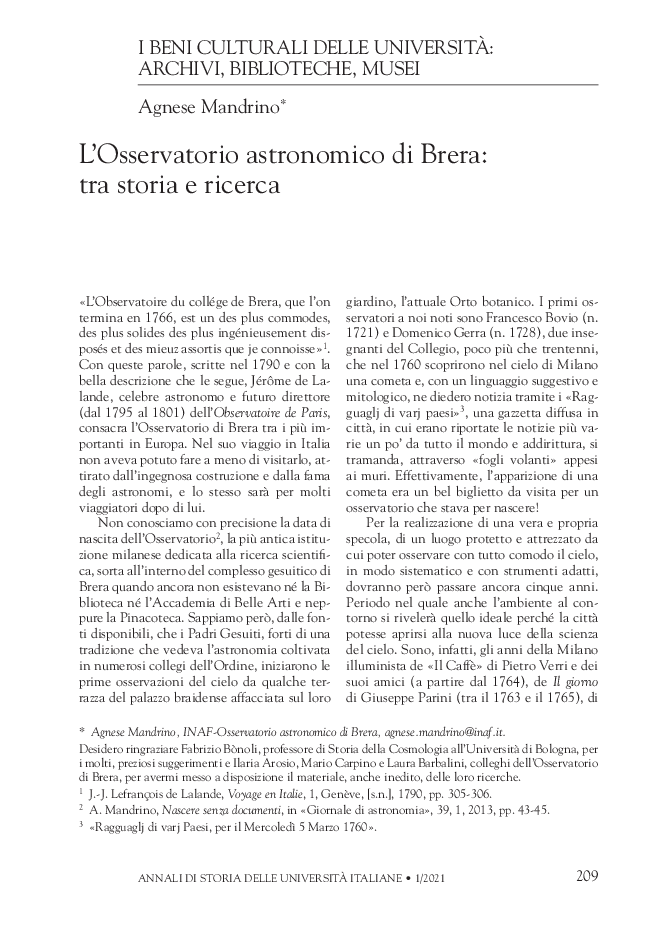