The flagship of the Jesuit mission in Syria, Saint Joseph University of Beirut, was officially founded in 1875. This prestigious teaching institute was noted as one of the spearheads of French imperial policy within the Ottoman Empire before becoming, under the Mandate, a pépinière for Lebanon’s élite. It is still today a renowned institute and, because it is French speaking, enjoys continued French support. This paper has as its focus the history of the University during the latter years of the Ottoman Empire (1875-1923). Through its history, the paper examines transformations in society and the Ottoman Empire, in particular education issues, and highlights the reasons for the University’s longevity. This is due not only to the fact that it «married» (and served) such changes, but also to the strength of its networks in Beirut and the Ottoman Empire, as well as its imperial (French diplomacy) and international (Jesuit and Holy See) networks that it built and maintained 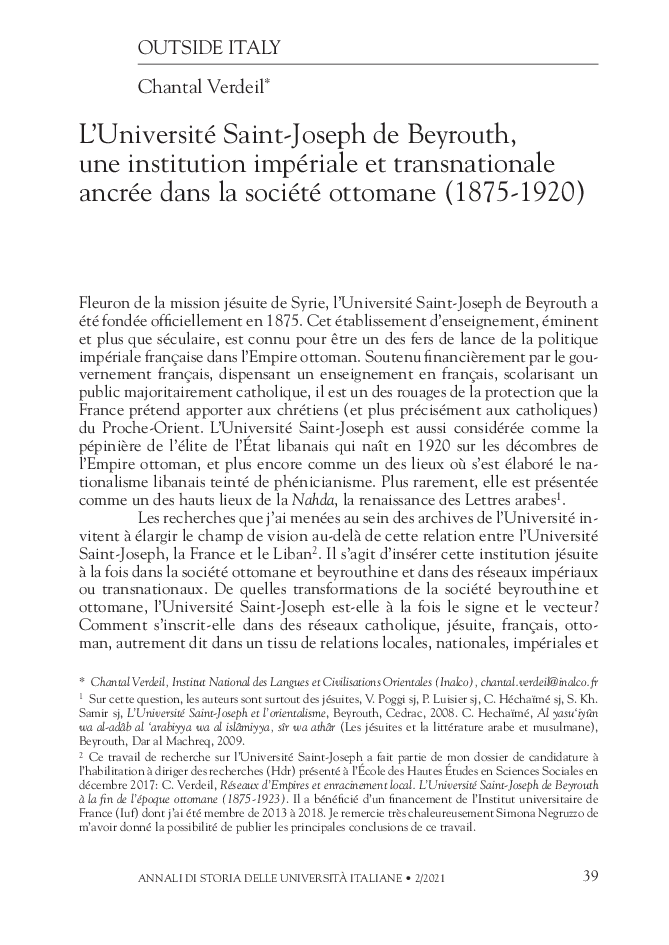