When in 1768, two years after it lost its status as the capital of the Duchy of Lorraine, the city of Nancy succeeded in obtaining the transfer of the University of Pont-à-Mousson, and was able to benefit from the presence of an educational institution which, by that time, had become indispensable for the development of a major urban area, albeit a provincial city in this case. The event marked the conclusion of a long-awaited move which, having been frequently requested over the course of more than half a century, led to two outcomes: Pont-à-Mousson virtually lost its entire higher education system, while Nancy greatly strengthened its own. Once the decision had been made, there were numerous material and symbolic challenges to meet. There was the need to construct a university building, manage various Faculties, and meet demands from other local educational institutions. Such demands came from surgeons, lawyers and partners of the Accademia who hoped to become part of the University. 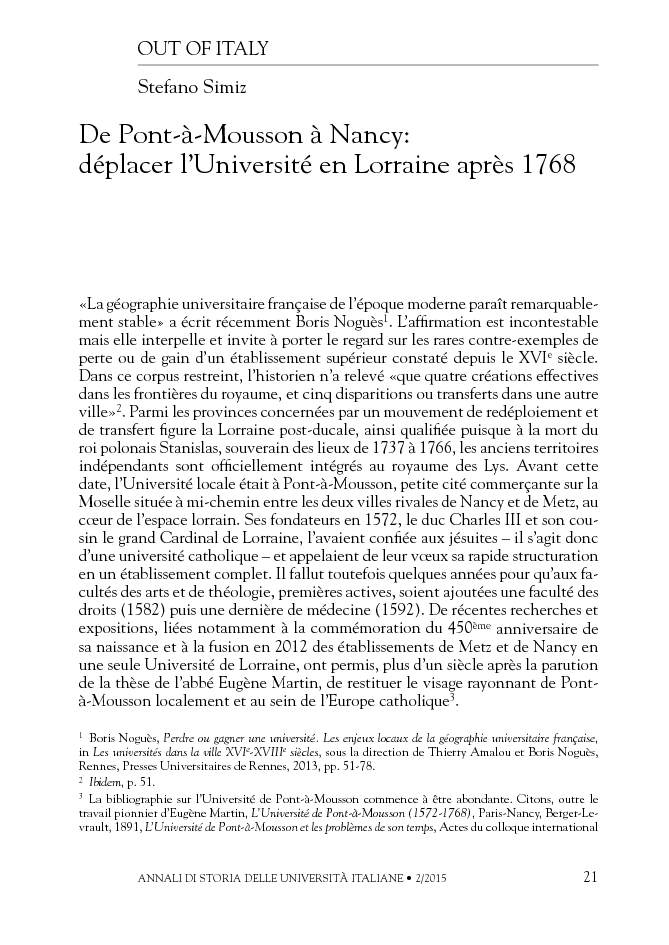