In order not to let the memory fade, I believe it is important to describe the story of the Fasti project, which lasted many years and preceded the Héloïse network. The aim of this undertaking was to build, starting from a «universal» format for academic databases, a sort of Rich Text Format (RTF) that would enable the exchange of files between programs, versions of programs and different operating systems by employing a single search engine. This project had both its pros and cons but revealed itself excessively ambitious given the state of Information Technology at the time, as well as the limited funding opportunities for large-scale international projects. However, the Fasti project had certain positive features: the in-depth analysis of university serial sources and reflections on these allowed us to integrate both incomplete and non-coherent data contained in the database. In the meantime, researchers from many countries continued to build academic databases of students and professors, each according to one or more formats and concepts available and workable in the institutional context of the time. Given the tendency for students to undertake a peregrinatio academica, the database designers saw it opportune to link all these databases in order to facilitate research. And here Héloïse came into play. 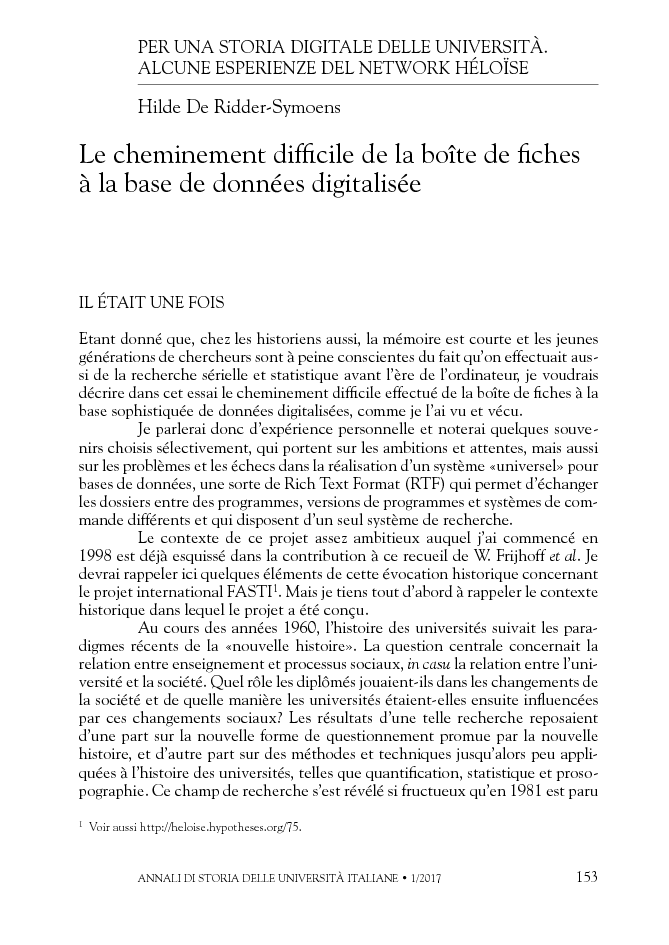