This paper analyzes the impact of the Reformation and its repercussions on Saxony's academia in conjunction with the territorial politics of the Wettiner family. Saxony was divided into two branches, both of which hosted a university: Leipzig for the ducal branch «Albertine», Wittenberg for the electoral branch «Ernestine». From 1519, their rivalry was mirrored in their differing confessions: Alma mater Lipsiensis remained a Catholic stronghold, whilst Leucorea became the Lutheran Rome. In 1539, a duke who had converted to the Reformation came to throne of Dresden and this marked the start of a period of collaboration, during which Leipzig was Wittenberg's «pupil», until the Schmalkaldic War polarized the situation and led to a major turn of events. The victorious Albertine branch obtained the University in 1547 as well as the electoral dignity of its rival. The Ernestine branch, after having tried in vain to transfer the Leucorea to Jena, founded instead a new university, Salana, to compensate for its defeat and re-establish its own legitimacy by proclaiming itself guardian of true Lutheran orthodoxy. The latter period saw, in effect, the three Saxon universities become confessionalization tools greatly dependent on the change of the respective princely tutors in the clashes in within the Protestant Church, but also saw them establish the most developed form of higher education, which benefitted from the major power of attraction of the Empire. 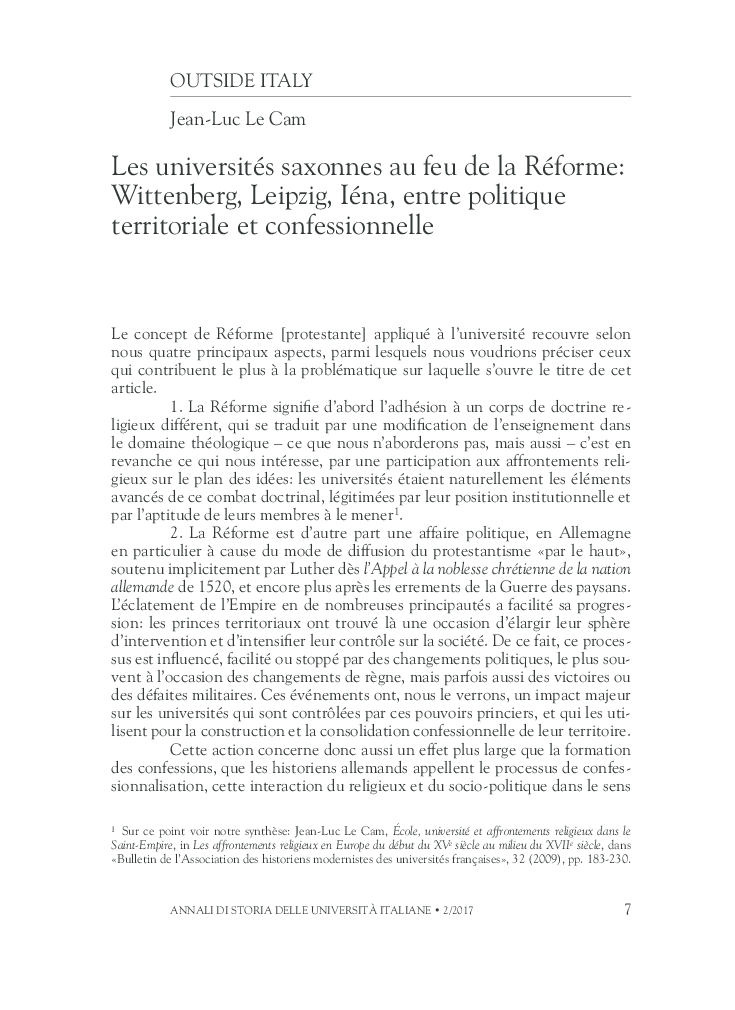