The present study intends to detail the long journey of the Free City of Strasbourg to gain university status (Studium generale). The journey unwound through historical-religious events that greatly affected the Alsace region between the sixteenth and seventeenth century, when it was still a wellestablished territory in the Holy Roman Empire. When, in 1523, the city council officially adopted the position of the Reformers, alongside important liturgical and social reforms, there was an urgent need to provide the younger generations with a seat of cultural and spiritual learning of a standard worthy of the times. The plan to establish a single «learning pathway», with teaching ranging from Latin grammar to university courses, first took shape with the gymnasium founded in 1538, followed by its upgrade to institution of higher learning in 1566, culminating in 1621 when it became a university with degree-awarding powers. 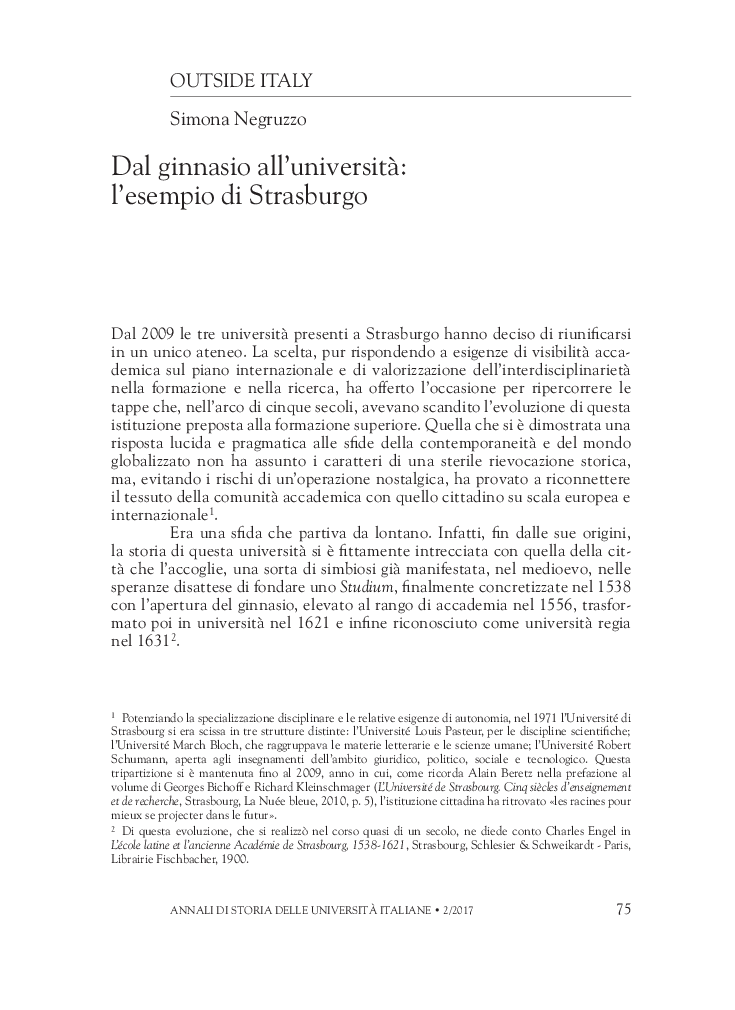