The bull Exsurge Domine (15 June 1520) was not the first doctrinal condemnation of propositions proclaimed by Martin Luther. One year earlier, the theology faculties of Cologne and Louvain had both proceeded to a formal condemnation of Luther's writings, respectively on 31 August and 7 November 1519. They were jointly printed in early 1520. Luther, much annoyed by these manoeuvers, soon published a rejoinder. Although these condemnations were significant steps in the expansion of the theological and mental rupture, they have received only scant attention in literature on Luther's trial. In this contribution I remedy this gap by framing the condemnations against their medieval background of academic censorship. By expounding how the condemnation of Luther's writings was established and who was behind it, I argue that the condemnation of Luther was essentially a product of the conflict between scholastics and humanists in Louvain, where Erasmus' presence created a tense situation. Although I particularly zoom in on the Louvain faculty of theology, which incited the process of censorship in the first place, the story can not be related without looking across borders. Doing so, I will also show the broader impact of the Louvain initiative and its calamitous consequences. 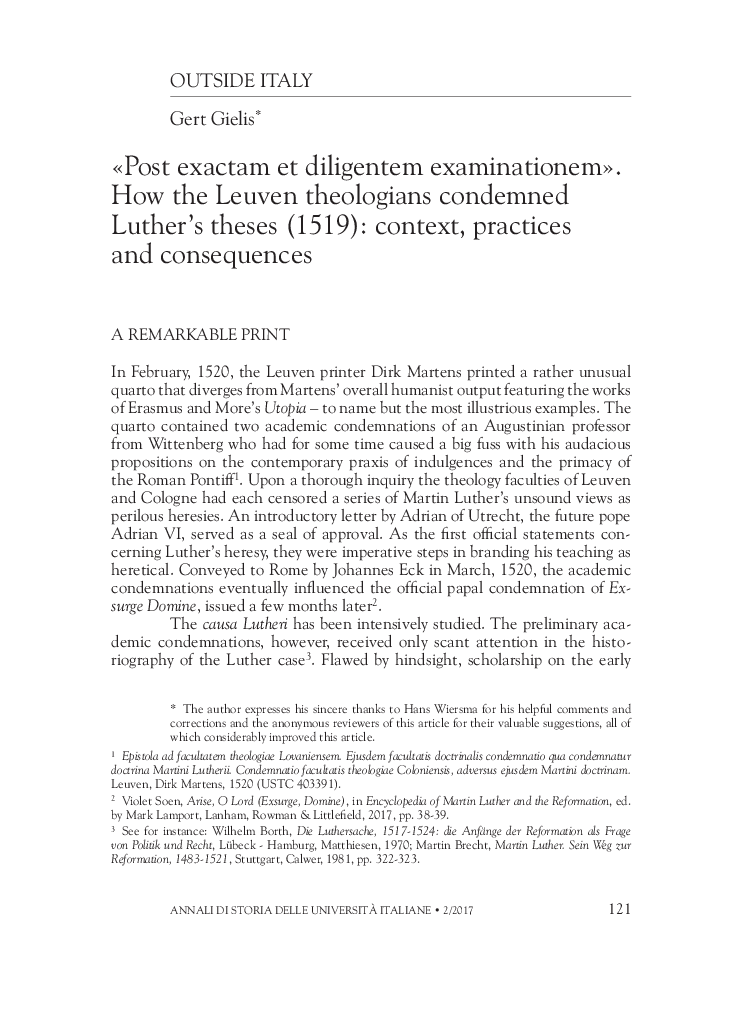