The paper traces a period in our history, the years 1943 to 1948, from the vantage point of the university: its largely overlooked need for renewal following the twenty years of fascism, and the debate which developed first among actively engaged political intellectuals, and then on the benches of the Constituent Assembly. Although certain questions like that of autonomy were dealt with, the central issue of debate was academic freedom. More precisely, this meant issues such as the public school/ private school dichotomy, the space and recognition private schools should be given, as well as eventual subsidies for the private sector, within a «dualistic» system. 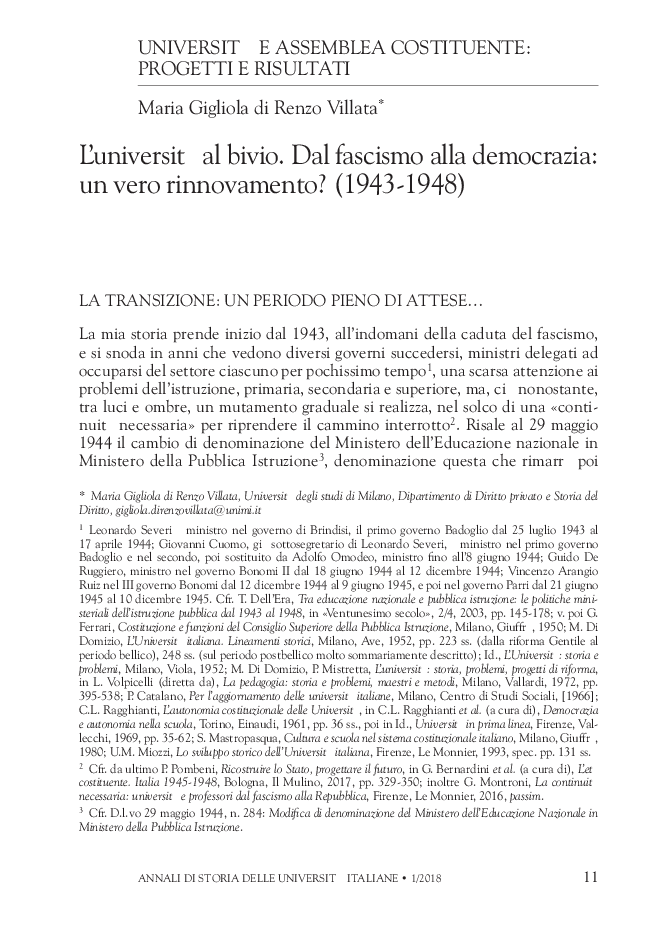