In the 1950s, in a far from wealthy Trentino under the hegemony of the Catholic party, a lively generational dialectic was underway between the «old Popular party members», centrists, and more enterprising «young Christian Democrats». In a region which numbered the lowest number of illiterates in Italy but also one of the smallest numbers of graduates, a great many intersecting, apparently confused and muddled attempts were made to render the administrative center a university city. The Agostino Gemelli Catholic University and the state universities of Padua and Bologna competed for the chance to open sections in Trento, while the Ministry of Education dreamed of a state university split between the two centers of a region which overcame post-Second World War excessive Trento-centrism to break-up into two autonomous provinces. Making a clean break from these multiple trajectories was to be the task of young, steady and tenacious Christian Democrat Bruno Kessler, elected president of the Province of Trento in December 1960. While in Rome the Tambroni government resigned and Fanfani led what was to become the government of «parallel convergences», Kessler's election was symptomatic of the change of pace that Trentino policy was about to embark on. 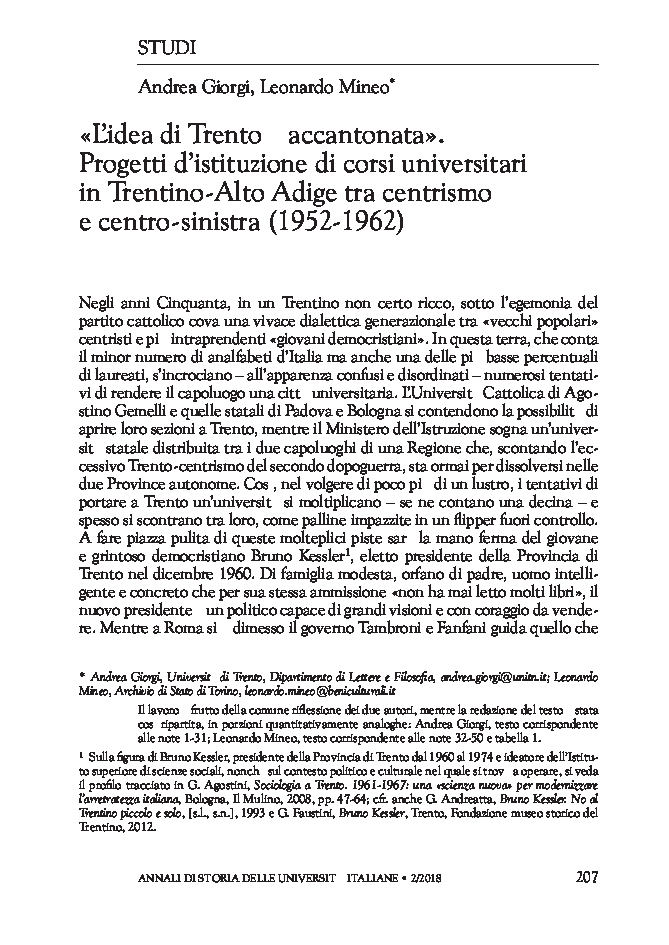