In the post-war years of the Second Word War, within the international conflict that saw the United States in confrontation with the Soviet Union, there developed a real competition in attempts to direct the European ruling classes, which was defined «cultural cold war». The group of young intellectuals who worked with the publishing house Il Mulino managed, above all as a result of the work of Fabio Luca Cavazza, to come into contact with the bodies that laid down policy guidelines of US cultural diplomacy - in particular USIS and the larger foundations (Ford, Rockefeller, The Twentieth Century Fund). From the mid-1950s, thanks to these relations, the Bologna publishing house was able to enjoy, for almost a decade, significant funding for the publication of translations of US sociology and research projects employing modern social science methodologies. The case of il Mulino therefore provides key insight into the programmes and objectives of US cultural diplomacy in post-war Italy. 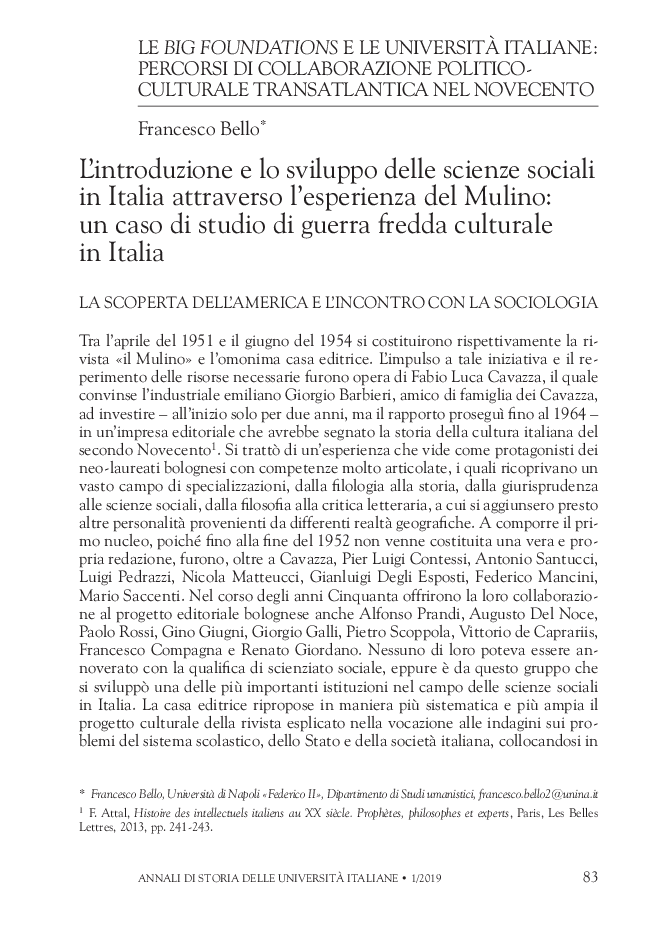