A new wave of Italian filmmakers has emerged who explore a transcendental, post-humanist, and poetic realist form of cinema that I propose to identify as cinema dell’anima. Commonalities with the post-war neorealist method include a return to shooting on film stock, independent productions with a low budget, a docu-fiction style, attention to rural traditions, and a substantial spiritual dimension that instills within the viewer a belief in the world. This essay analyzes three films at the forefront of this movement: Michelangelo Frammartino’s Le quattro volte (2010), Pietro Marcello’s Bella e perduta (2015), and Alice Rohrwacher’s Lazzaro felice (2018). 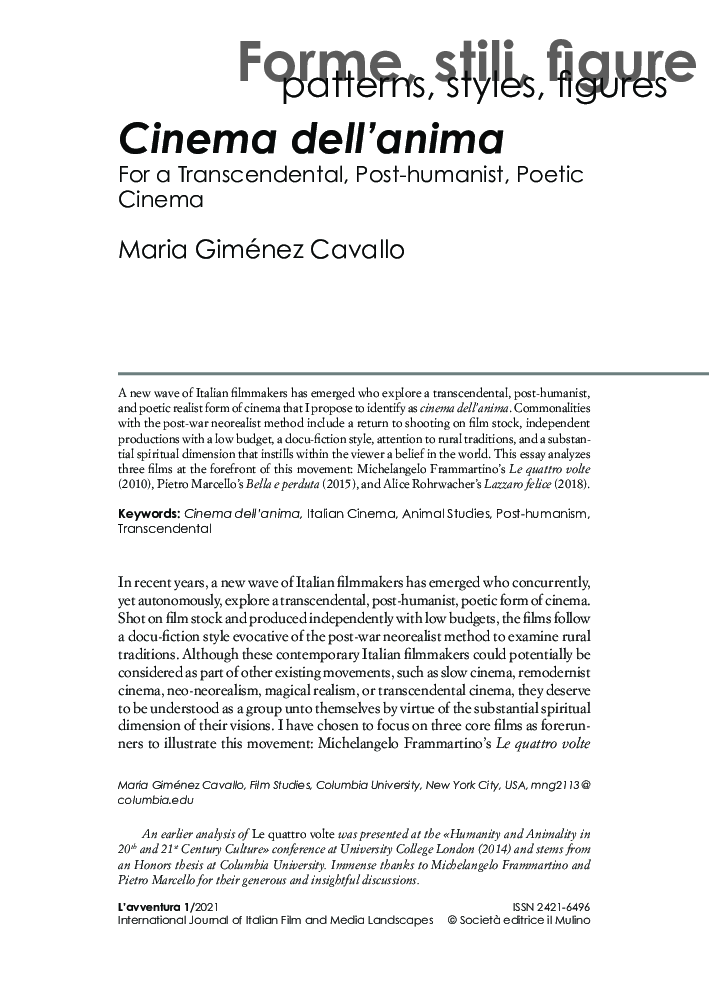