This article aims to investigate Silvana Pampanini’s stardom. I study her complex star image by examining her roles on the screen, a series of magazine articles and, in particular, her autobiography. During the fifties, the name Silvana Pampanini was synonymous with eroticism and virginity at the same time. From the sixties onward, Pampanini was considered a spinster, and she disappeared inexorably from the scenes. In her old age, thanks to her autobiography and some roles in the last years of her career, the actress interpreted the role of diva with irony, confronting the icon she represented during her youth. 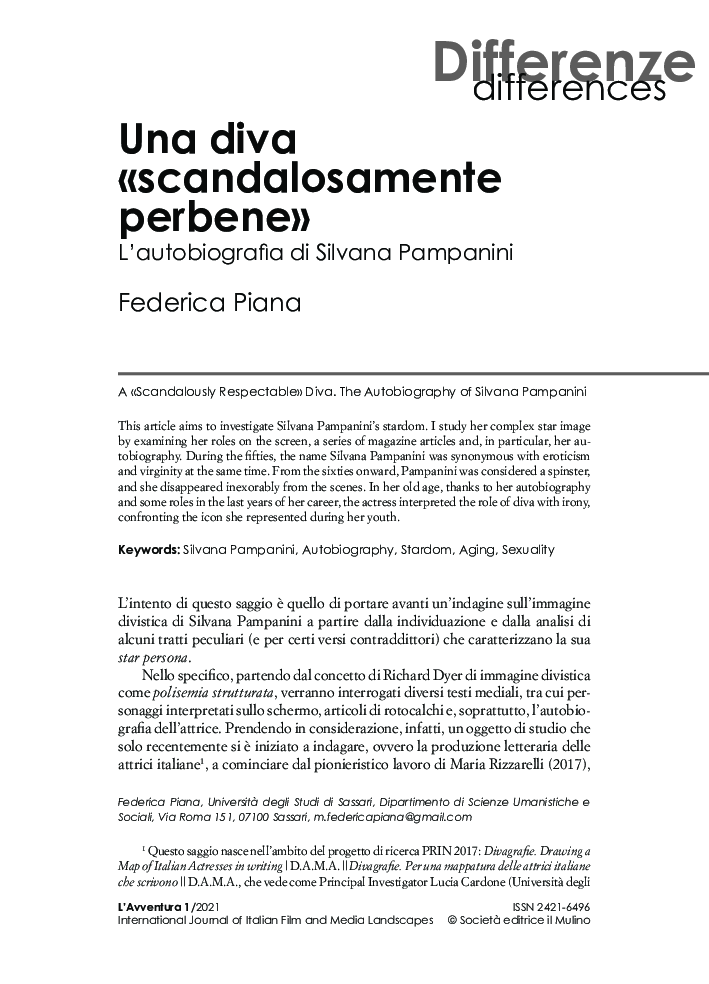