In this article, we introduce and discuss the notion of peripheral locations as a key means to understanding production strategies, location marketing and screen tourism in contemporary Italian television. Having defined this notion and stressed its relevance to the new production policies of the Italian public broadcasting service, RAI, we focus on the TV series La porta rossa (The Red Door) as an exemplary case study. Co-produced by Rai Fiction and Vela Film (then Garbo Produzioni from the second season), the show is internationally distributed by Studio Canal, the distribution division of Canal+ (Vivendi Group). The story is set in the city of Trieste, close to the border between Italy and Slovenia, and it intertwines crime and fantasy. The production history of the show demonstrates the complex role played by peripheral locations in the writing process and in the fictional world. VR walking tours organized by Esterno/Giorno underline how peripheral locations can help to create innovative and engaging forms of screen tourism. 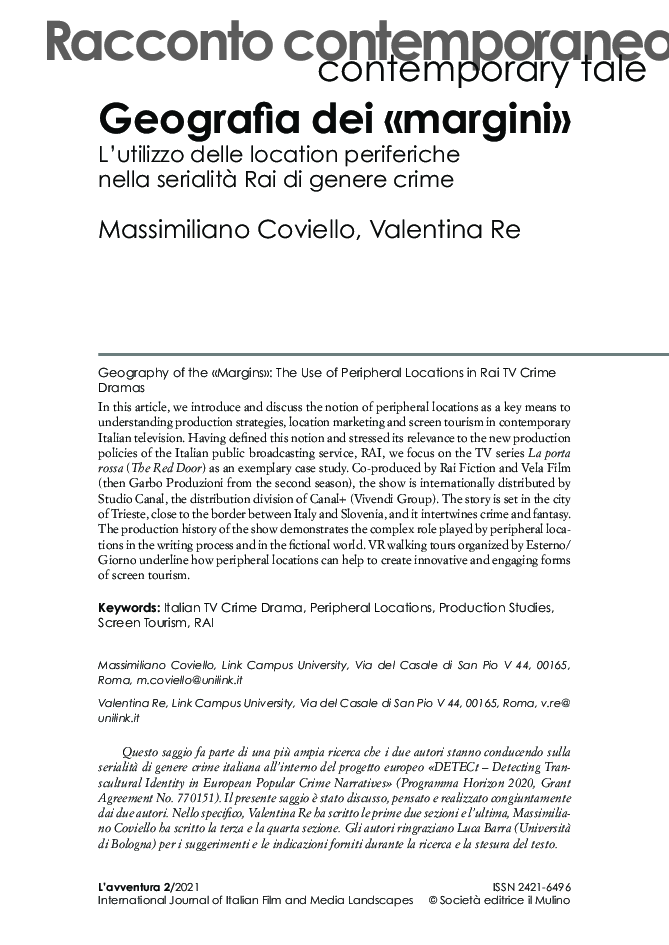