In 1954, the National Institute of Nutrition of the National Research Council (CNR) promoted a wide-ranging study of the relationships between food consumptions, the state of the population’s nutrition and the wellbeing of the individual in various areas of southern Italy including some suburbs of large cities where misery and poverty were endemic. For the initiative, the CNR also initiated a process of audiovisual documentation, a cinematographic transposition of the scientific recordings, faithfully reporting and depicting the data and methodologies used to analyse eating habits and the cultural aspect of nutrition in the rural centre of Rofrano (in Cilento, in the province of Salerno). Drawing from the original documents, findings and testimonies provided by the director, this work reconstructs the genesis of Virgilio Tosi’s first professional documentary in the prolific non-fiction film production context of the 1950s. 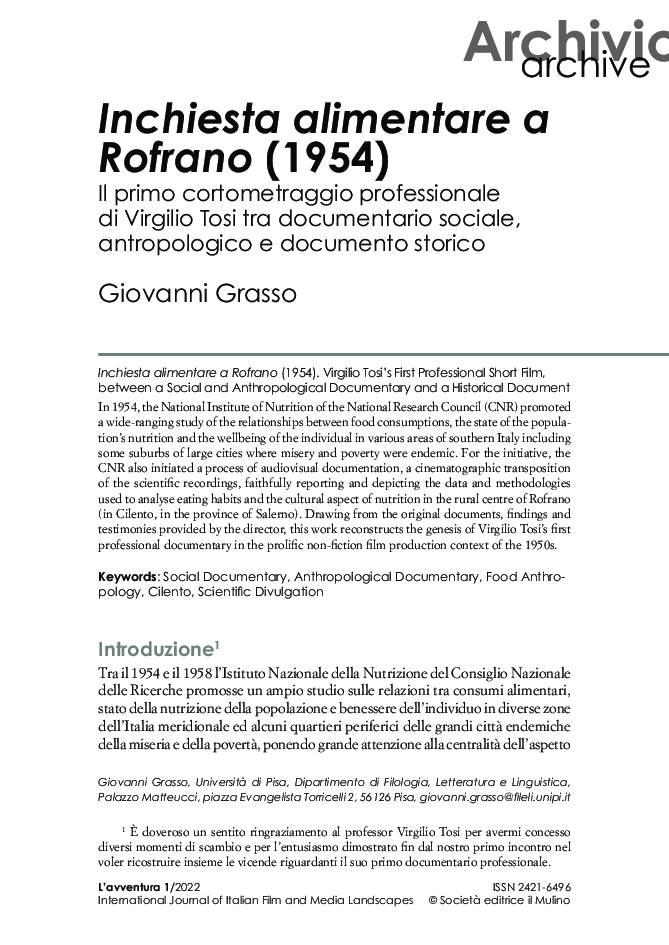