The text outlines some characteristics of experimental Italian cinema, which in part is identified as a legacy of the Futurists in dialogue with the arts and media. For the most part, though, it locates those cases which cannot simply be classified as «experimental», which question their relationship with genre, including tributes to classical and burlesque cinema; and whose unreconciled inventiveness borders at times with poetry, at others with politics. One such example of unreconciled cinema can be found in the «invisible» cinema of Mario Garriba (1944-2013). Starting with a recent meeting at the University of Florence, this article reconstructs his career as a filmmaker-actor-screenwriter-teacher-critic, with a focus on his «invisible» film In punto di morte (1971) and excerpts from his activity as a collaborator of the magazine Filmcritica, in order to reconsider and enrich our understanding of the so-called Italian experimental cinema. 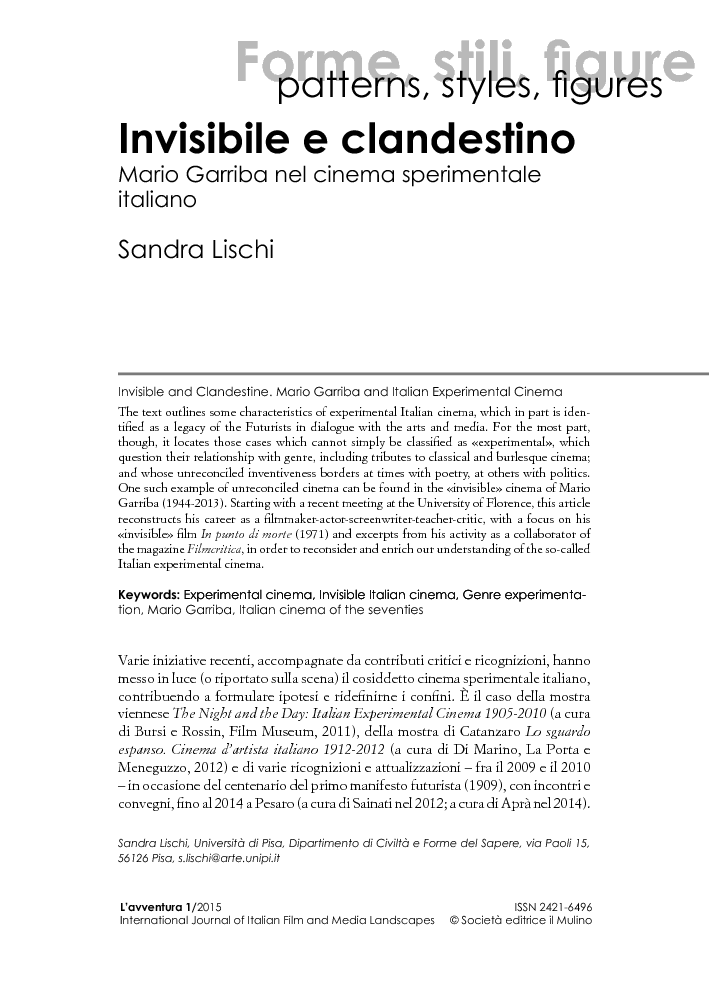