In the summer of 1959 Pasolini, who had not yet turned to filmmaking, traveled among the Italian coastline at the wheel of a Fiat Millecento, writing a sort of travel diary entitled «La lunga strada di sabbia» for the new monthly magazine Successo. The big box office success of the Economic Miracle was the Commedia all'italiana; and just as Beach Party Films became popular in the USA, the sub-genre of the beach comedy became a new object of consumption in Italy, too. With their images of leisure, their juke boxes, summer songs, amorous betrayals and weak plots, these films show that bikini-clad girls were not just consumable bodies and the projections of bold, masculine imaginations, but moreover actresses of those desires, behaviours and new social relationships that would find expression once again in the student protests and feminist movements of the end of the 60s. 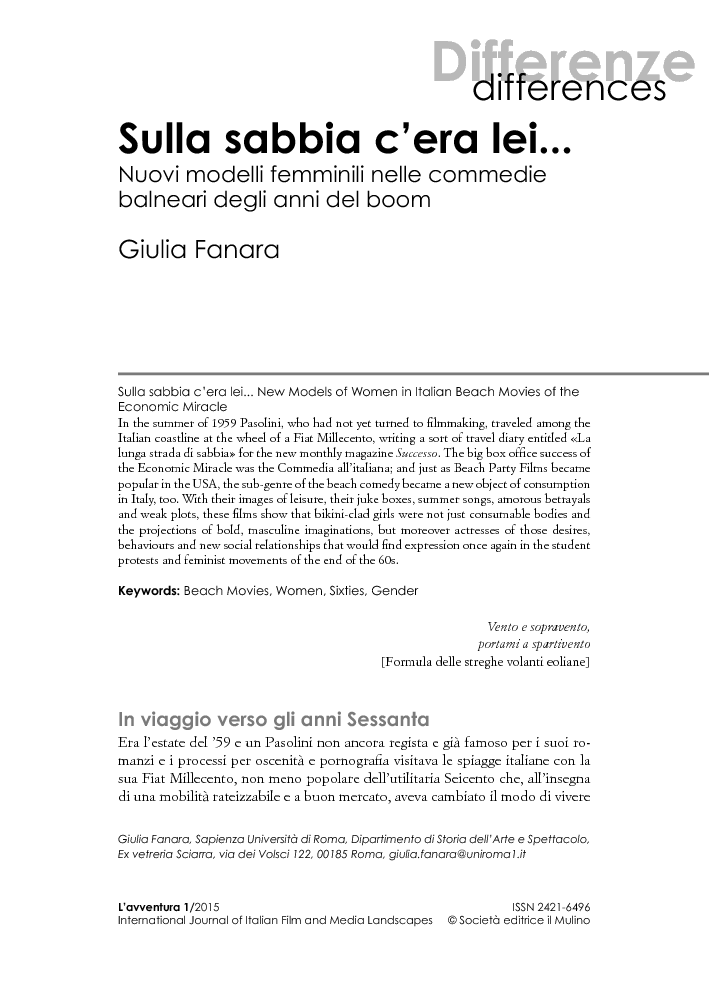