The article examines neorealism from a neglected perspective: that of promotional strategies. Neorealism has been widely scrutinised in aesthetic or political terms; so far, little research has been undertaken to shed light on the ways this culture circulated. This study focuses on film posters that promote neorealist films, which it regards as sources that help us understand neorealism's manifold forms. The article focuses on its visual culture and paratexts, and reads neorealism against the grain of Italian graphic and advertisement history. By referring to the work of Genette, Greimas and Floch, it singles out the existence of a neorealist visual culture whose function was promoting neorealism itself, but in a different way to what is customarily considered neorealist. 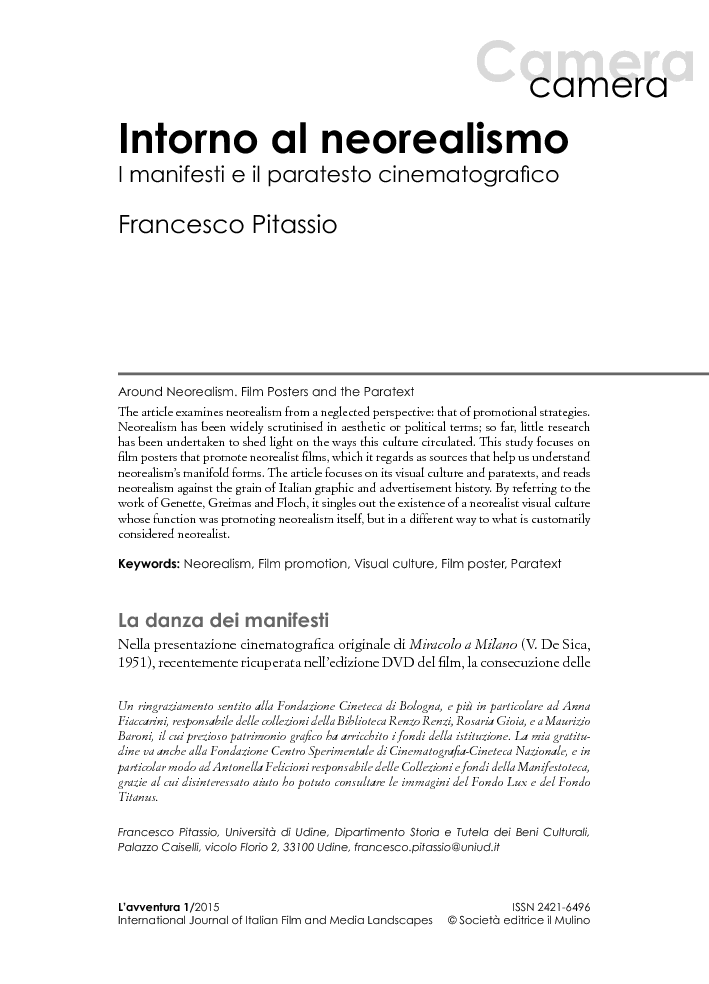