In recent years, several Italian TV series, related to what has been called the «Sky model», (referring to the Italian digital satellite platform), have evidently drawn inspiration from the American model of television storytelling. Original productions such as WRomanzo criminale" (2008-2010), "Gomorra - la serie" (2014-) and "1992" (2015-) were conceived as a way of pushing Italian television storytelling in new directions. The latter series, which has received less critical analysis than the other two within the field of television studies, has particular characteristics that merit reflection on two levels. The aim of this article is first and foremost to situate 1992 within the production context of pay TV in Italy, so as to understand fully its singular contribution; secondly, it will reflect on the series within the framework of the new aesthetic accomplishments known as «complex TV», following Jason Mittell's analysis of the poetics of television narratives. 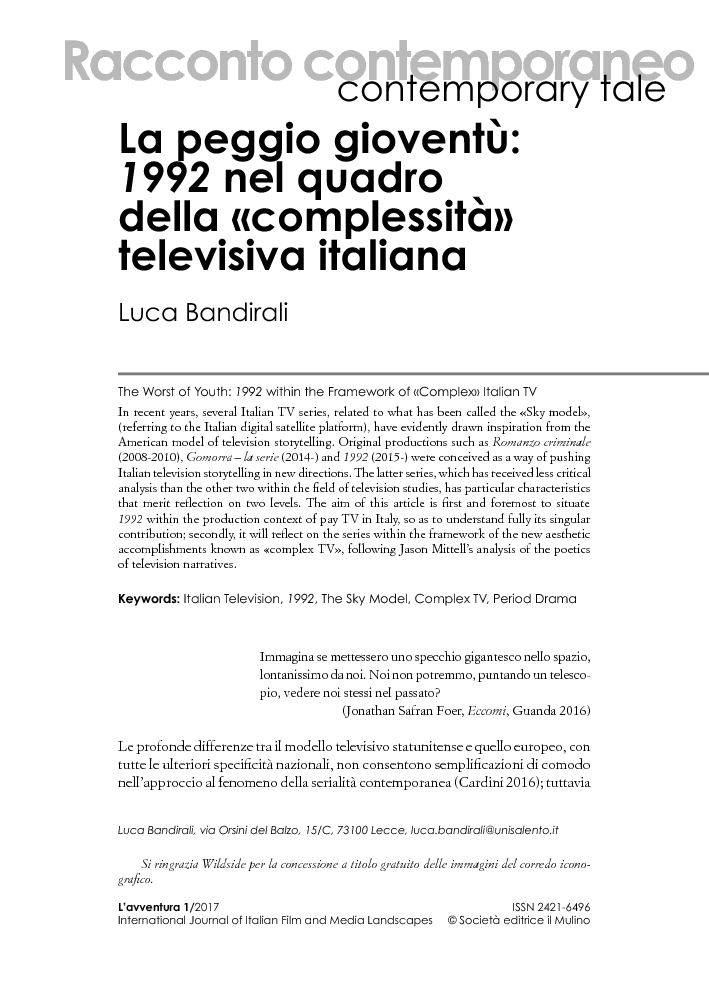