The new digital world of convergence, spreadable, social and participatory media has altered the way we consume film. This paper examines how platforms such as Facebook, YouTube, Twitter, Tumblr, Instagram, and Pinterest engage with film history. I interrogate film and star as digital text, using Marcello Mastroianni and "La dolce vita", his most iconic film, as case studies, examining Mastroianni's posthumous life in the digital world and what his star persona «means» in the English-speaking digital world of Web 2.0 and micro-celebrity. Mastroianni's digital image is increasingly disconnected from the films in which he starred, and shifts with respect to media platform. With "La dolce vita", I turn to research on iconicity, social media, fandom and the digital world in order to help us understand a film's digital afterlife and its intrinsic connectedness to stardom, and particularly posthumous digital stardom, within the context of convergence culture and the digital and digitized world. 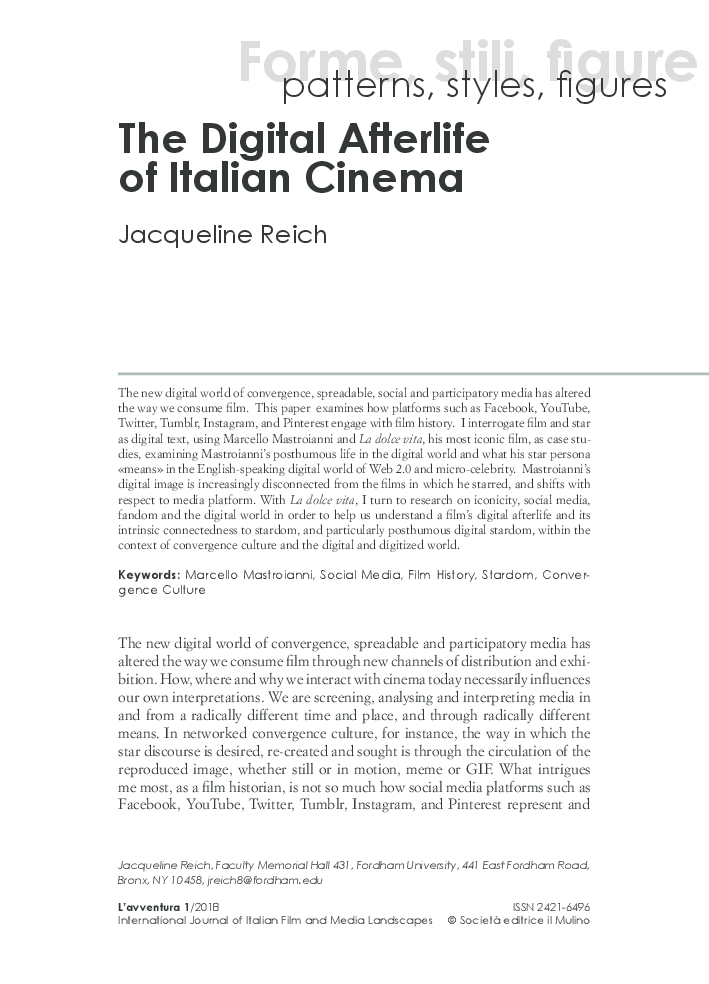