In 2009 Angela Del Fabbro published the novel "Vi perdono", narrating the tale of a young woman who, shocked by her mother's agony, chooses to illegally practice assisted suicide (deciding to help her to die, defying the law). In 2011, in the book "A nome tuo", Mauro Covacich revealed that Del Fabbro is the Italian translation of his Croatian surname and reclaimed the story as his own. Two years later, in 2013, the novel became "Miele", Valeria Golino's directorial début, starring Jasmine Trinca in the leading role. This article traces back the steps of this game of Chinese boxes. Besides fictions of fictions, fictions of authenticity and multiple gender identities, what is left is something irreducible through which both the novel and the film attempt to write not only of the body but with the body. 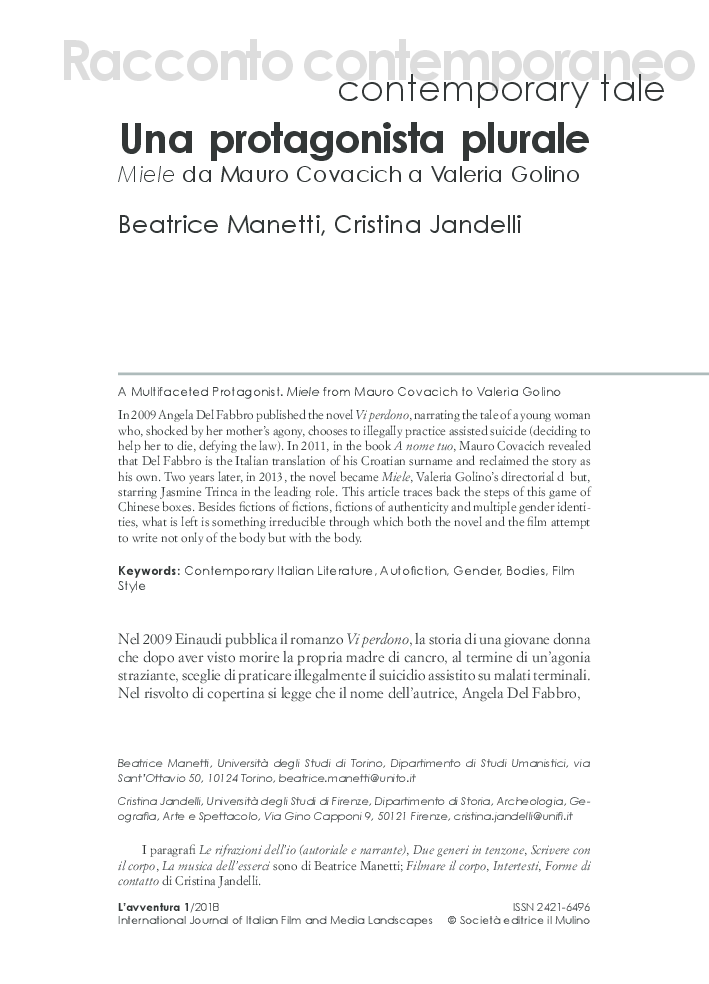