This paper focuses on the contemporary Italian male film stars in order to consider their symbolic value within the digital media forms built by the current online participatory culture. With the advent of the internet and the consequent creation of a vast array of User Generated Content, the polysemous status of film stardom reaches a new complexity in so far as digital media have greatly enhanced the formal interactivity of media experiences, allowing audience and stars to re-negotiate their creative forces. Therefore, within this participatory ecosystem, it is possible to look at the cinematic celebrity as «a convergent star text», that is, «a star text that is formed through the creation of social media connections to other people, projects, and audiences» (Ellcessor 2012). Thus, the stardoms of Raul Bova, Gabriel Garko, Luca Argentero, Riccardo Scamarcio, and Stefano Accorsi - the five most celebrated Italian male actors today via social networks and digital platforms - can be studied following three main related axes: first, in relation to their local and international configurations; secondly, as the products of different types of masculinity generated by the collective partecipation of the industry, subjects and audiences; and finally, in connection with the concept of authenticity where the latter is linked with projects that are not necessarily articulated within the (traditional) cinematic institution. 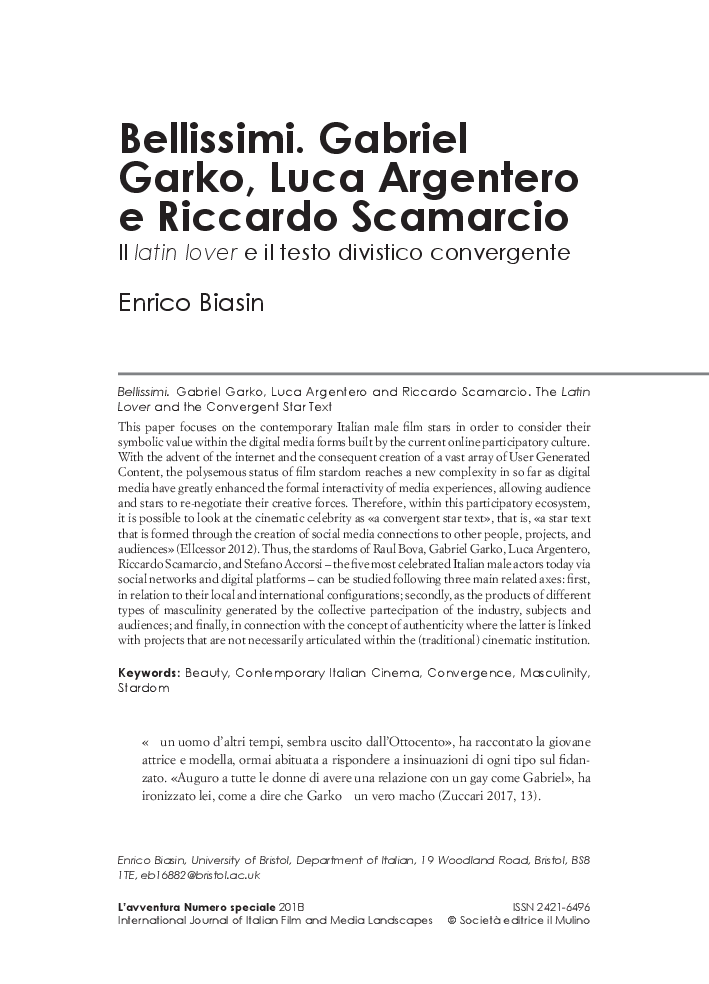