For the last five years a small team has engaged in a specific historical and phenomenological research project by building a camera designed in 1928 by famed Italian director Alessandro Blasetti and his colleague Ernesto Cauda. Though their remarkable design, which we named the «Unsteadycam», was curiously never built, it is important in the history of cinema: from our own research it seems to be the very first camera designed hands-free free movement, a new kind of paintbrush for directors the like of which was finally realized in 1975 when inventor Garrett Brown's Steadicam was finally produced. As reconstructive researchers we built mock-ups and prototypes of the Unsteadycam and then field-tested them, in order to explore the historically-bounded phenomenology of both innovation and camera use. This collective physical realization of the design's limits, achievements, material choices and uses showed the ways it broke from and was continuous with the limits of 1920s camera technologies: it helped reveal the barriers of working handheld with earlier cameras, the historical elimination of opaque film-stock, and even engaged with the question raised by Mckernan (2015) of why early moving-image technology privileged the rectangular frame over the round frame common among early still-image cameras. 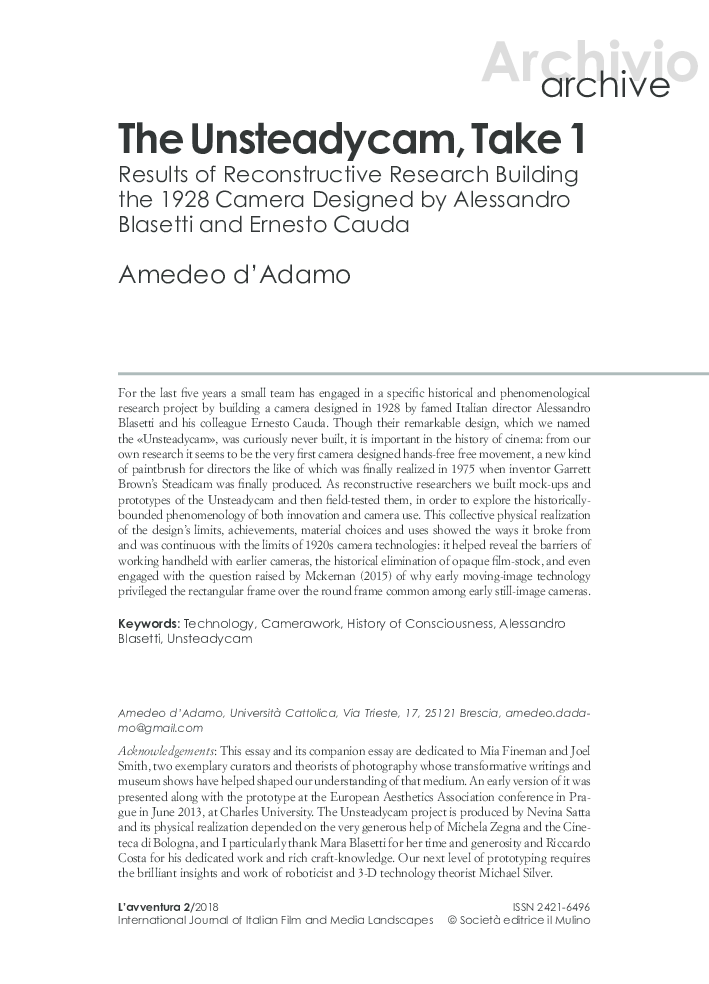