This article proposes a formalist and comparative analysis of Matteo Garrone’s L’imbalsamatore (2002) and Luchino Visconti’s Ossessione (1943). The essay aims to investigate L’imbalsamatore not only as reference to neo-realistic practices but also, textually, as reactivator of the first noir in the Italian film history: Ossessione. This film, in fact, informs the secret, narrative and visual framework of Garrone’s film. As such, Neorealism – the greatest season of national cinema – is not merely quoted in L’imbalsamatore as an homage, according to a postmodern logic; rather Ossessione becomes a ghost of the modern past that returns in a neo-modern present. L’imbalsamatore has deeply assimilated the lesson of cinematic modernity and its cognitive challenge to make a political discourse based on ruined spaces and excessive bodies. 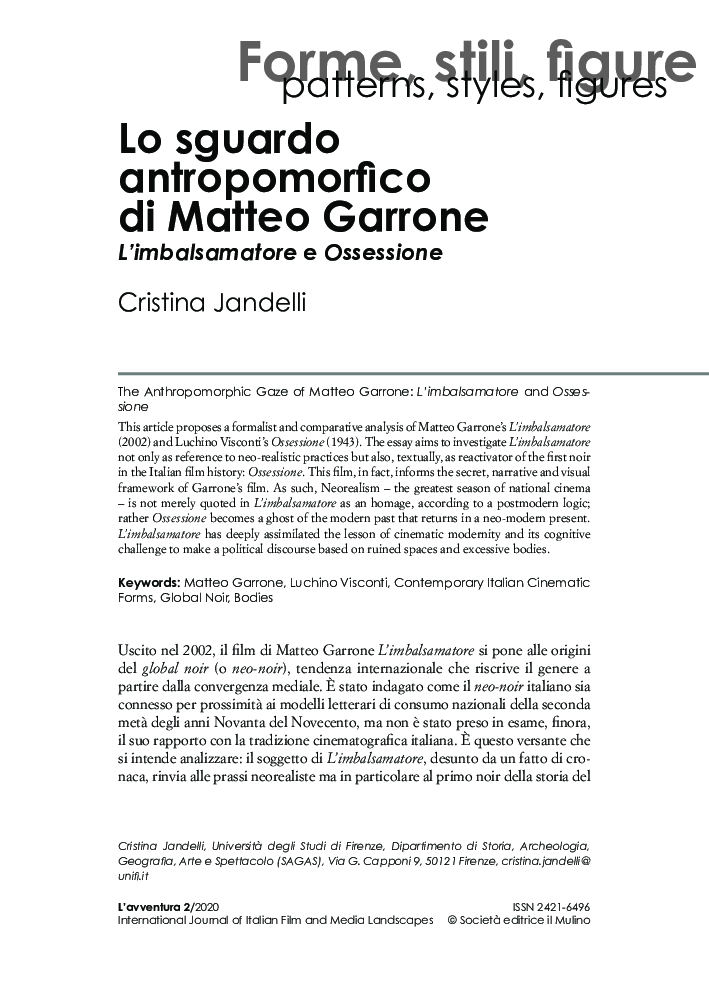