According to John Searle, reality is a twofold construction, consisting of basic reality and human reality. Following Searle, basic reality is made up of physical entities, the particles, while human reality is made up of human beings as mindful, conscious, free, rational, social,language-speaking agents. This paper aims to investigate the conditions under which contemporary Italian film and television narratives represent human reality as a polarization between realism of action and realism of perception. For this purpose, I will analyse the relationship between space and narration in Italian film and television productions such as Gomorra: La serie (2014-present), a TV series inspired by Roberto Saviano’s novel, and Selfie (2019) by Agostino Ferrente, in the theoretical framework of realism. 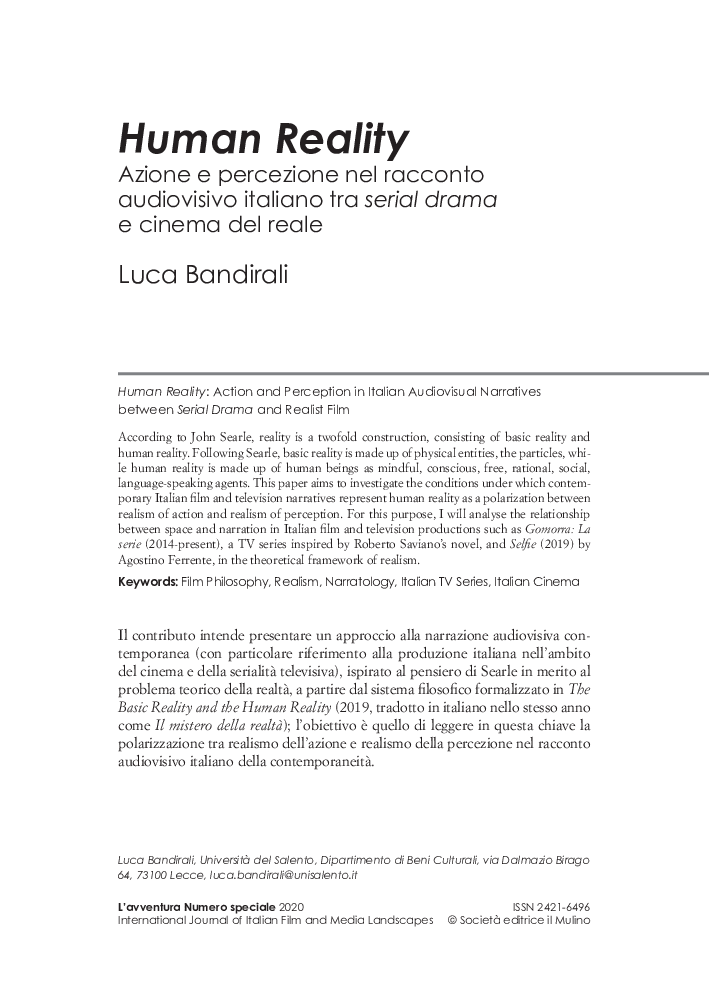