This paper outlines the careers of some prominent politically-minded philosophers who taught at the University of Rome from the refunding of the Papal Sapienza in 1870 up to the student revolt of 1968-70. Three of the earliest professors, T. Mamiani, L. Berti and L. Credaro, became Italian patriots, right-wing Ministers of Education and senators, as G. Gentile did in the 1920s. This idealist friend of B. Croce was an ideologue of Fascism and a supporter of Mussolini; a man of power and promoter of fascist culture, he was shot dead by a communist commando in 1944. After World War II his pupils and successors criticized his Hegelian-like idealism, wavering between Lib-Lab theoretical politics somewhat unrelated to the new Roman democratic regime. 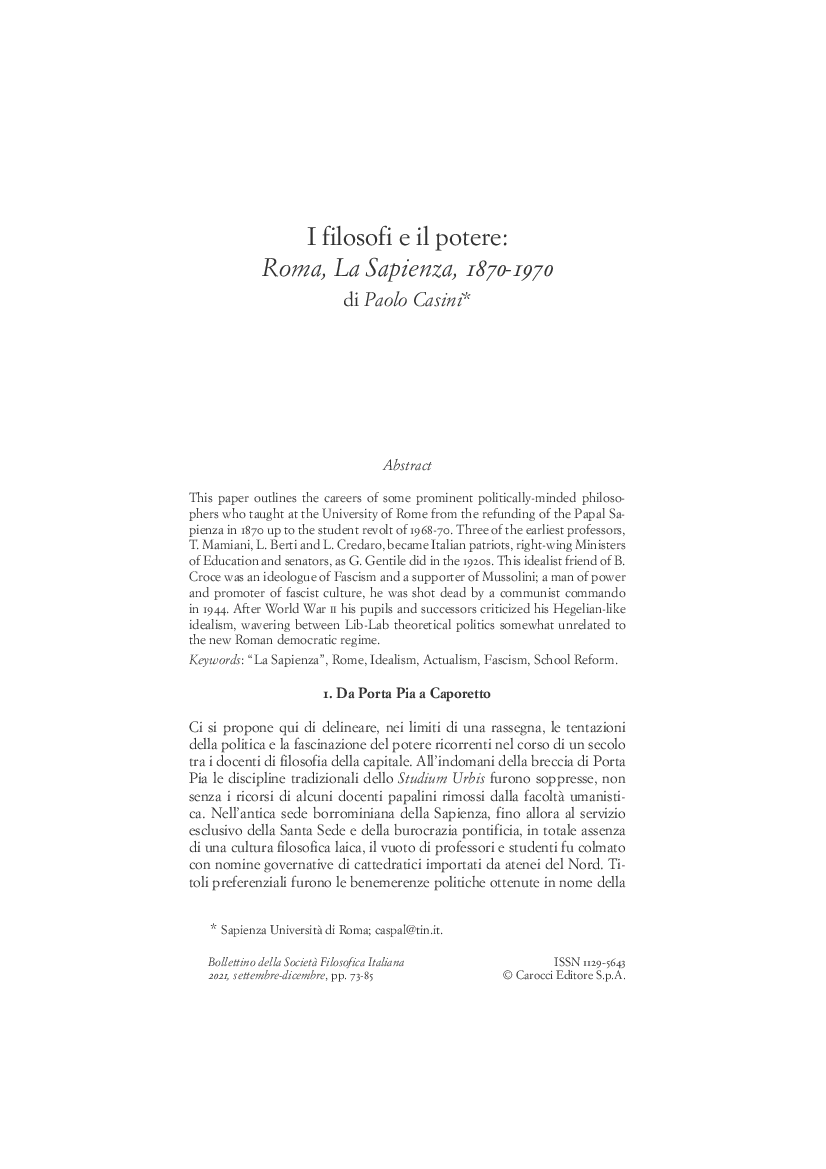