Keywords: Irrationalism; Positive Existentialism; "Neoilluminismo"; Reason as a Technique; Philosophy as a Method.

Nicola Abbagnano radically altered his conception of "reason" throughout the three main phases of development of his thought. A) In the early years of his career, he subscribed to a form of irrationalistic vitalism. B) During his existentialist period, he formulated a positive conception of the notion of existence, thus abandoning his earlier irrationalistic positions and providing at the same time a rationalistic interpretation of the main currents of European existentialism (Jaspers and Heidegger, and, later, Sartre). C) Finally, in the later period of "Neoilluminismo" (New-Enlightenment), Abbagnano came to conceive of reason as a "technique" of inquiry. However, such reduction of reason to a formal methodology determined a loss of normative power, at least within the ethical discourse. 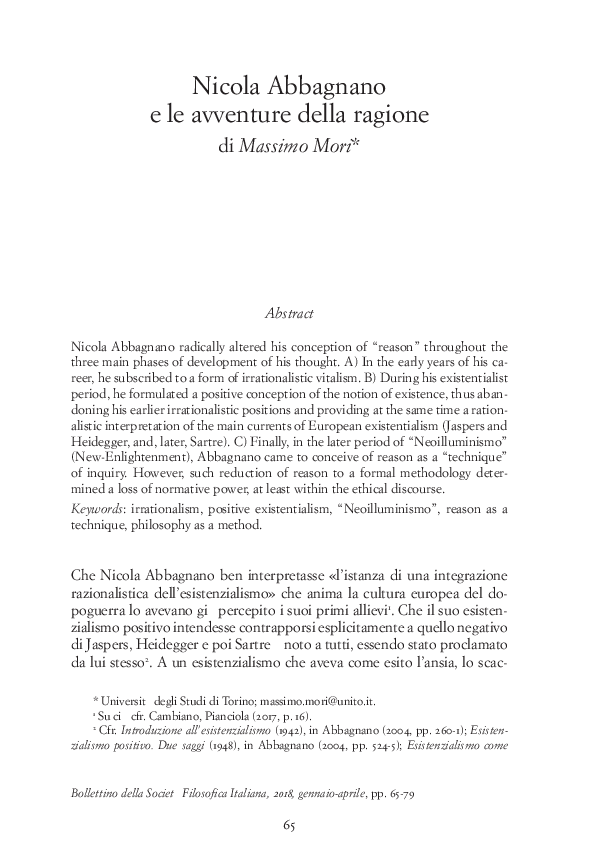