In his "Philosophie der symbolischen Formen" (1923-1929) Ernst Cassirer expanded the perspective of the Neo-Kantian Marburg School, which famously focused its research on the relationship between philosophy and science. As is well-known, Cassirer, in his PSP, demonstrated that the symbolic nature of concepts is not exclusive to science, but rather also distinguishes all spiritual fields such as myth, religion, art, technology and so on. In this essay I will take into account Cassirer's reflection on technology, which seems to have been rather neglected compared to the other symbolic forms taken into account by the main critical literature on Cassirer. 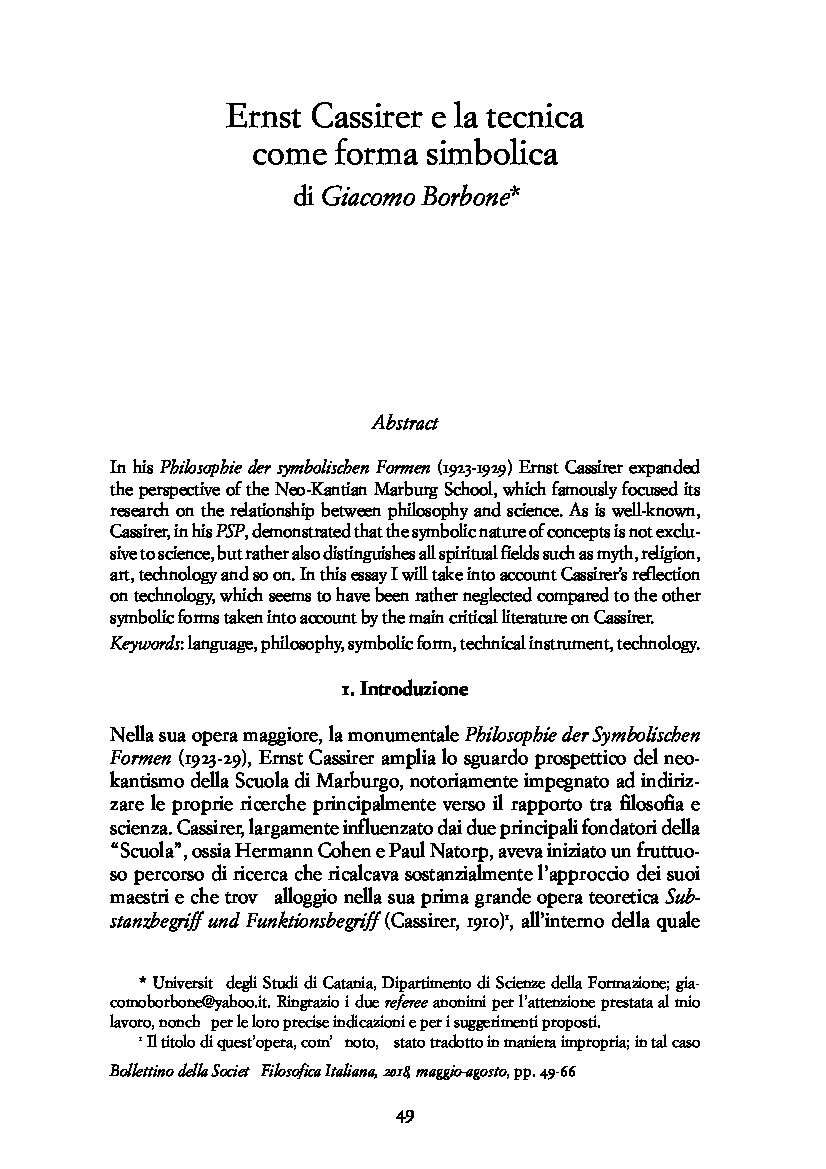