In this commentary, three articles discussing the types and objectives of contemporary sociology are reviewed: Michael Burawoy's 2004 American Sociological Association Presidential Address, Raymond Boudon's 2001 European Academy of Sociology Annual Lecture and John H. Goldthorpe's 2003 European Academy of Sociology Annual Lecture. After a brief description of the typologies of sociology identified by the authors, it is argued that Burawoy's stance is unacceptable, since it depicts sociology as a "moral and political force", thus putting it outside the scope of science. On the other hand, Boudon's and Goldthorpe's commitment to a scientific view of sociology is deemed satisfactory, though it contains some questionable points in the treatment of descriptive sociology and the definition of scientific explanation of social phenomena. The commentary concludes by asserting the need for sociology - in order to become a full-fledged scientific discipline - to strengthen its exchanges with the other social sciences and to establish new relationships with the natural sciences - especially biology, ethology, and neuroscience - in the name of the unity of scientific endeavour. 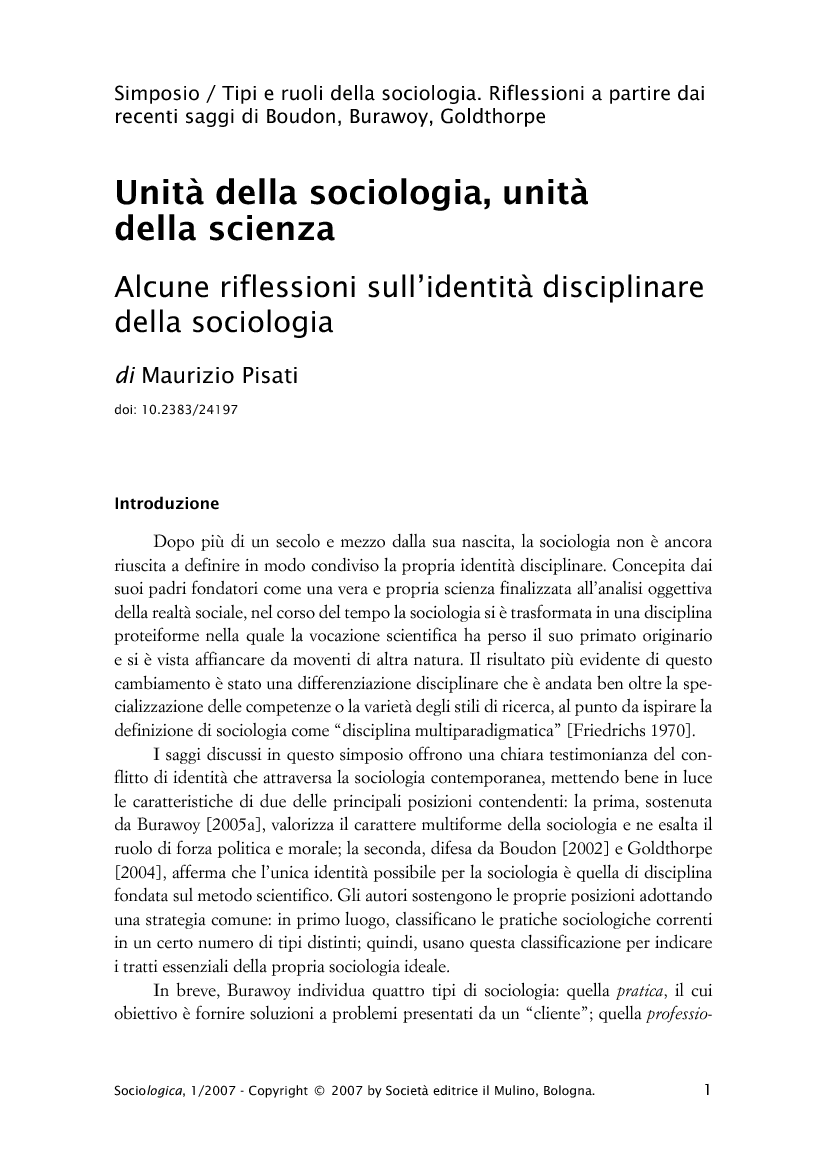