Boudon and Goldthorpe reject much sociological work and the thought of many scholars because of their supposed lack of scientific cogency. In doing so they are apparently retrieving the Weberian tradition, but at the same time they disregard his very methodological precept, that of causal imputation and conditional explanation, which produces theoretical knowledge through the construction of ideal-types. In a phase of epistemological pluralism, its usefulness is at first deontological in so far as it allows to us the control about our value preferences. So-called expressive sociology, which in their view amounts merely to literature or journalism, could be in my opinion a way to contribute to scientific knowledge through conceptualization, typization, construction of new indexes individuation of previous latent social dimensions, and the like. If the case of Simmel is seminal for contemporary "expressive (?!)" sociology, Goffman and many other scholars supply us with schemes of knowledge which prove to be helpful in the reconstruction of power diynamics, in which rituals, routines and taken for granted practices cover existing inequalities among social actors. 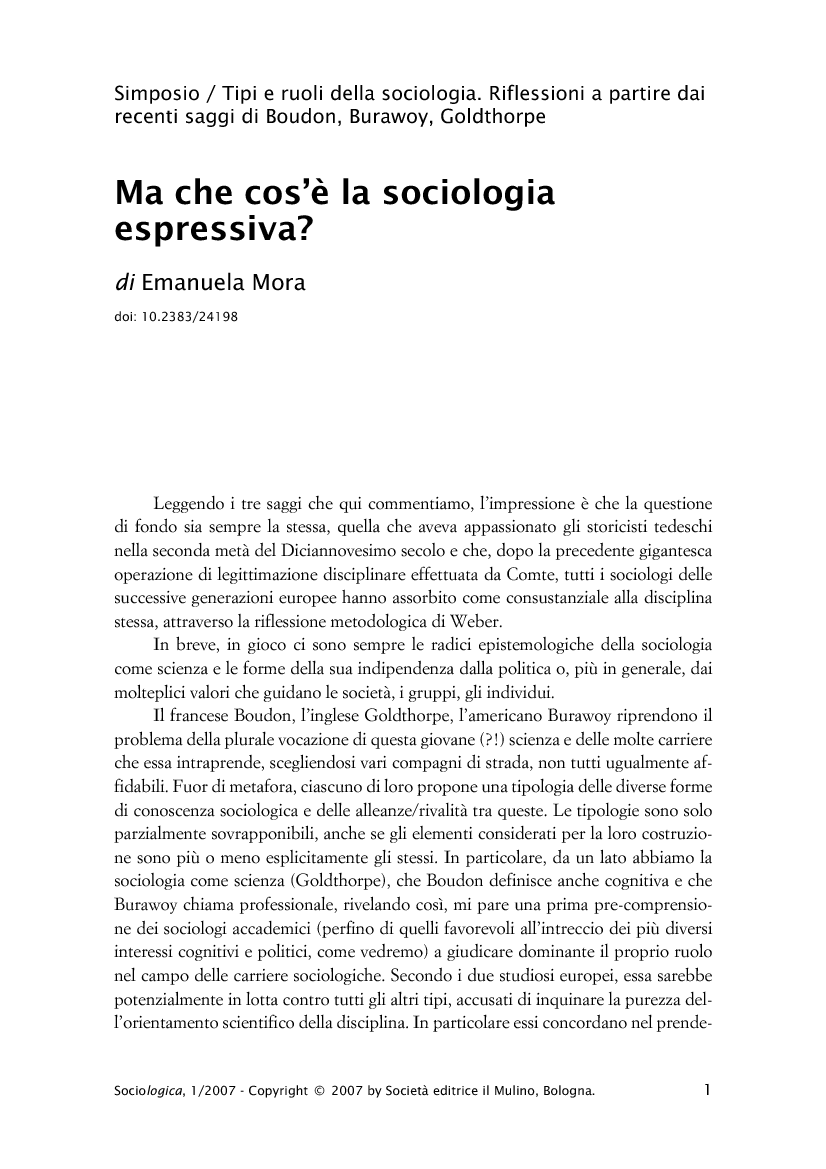