What difference does it make to buy milk raw? During the last ten years a network of vending machines selling raw milk has sprouted in Italy. Such milk is sold directly by breeders but, thanks to refrigerated tanks and vending machines, it can be bought far from the premises of the farms where it is produced. Thus, the raw milk vending machine network has established a way of purchasing milk which is alternative to the traditional one, connected to the milk pasteurizing industrial chain, usually ending up in supermarkets. Our article, by further developing the Actor-Network Theory approach to consumption, aims at accounting for the mediating role of the facilities where raw milk vending machines are usually installed and for the resulting enrollment of consumers within the network. In order to better account for the specificities of such enrollment, we have compared the raw milk facilities' mediation with the one carried out by supermarket fridge counters. Our analysis is based on resorting to the concept of script, elaborated by Madeleine Akrich and Bruno Latour, in enhancing it by delving into its semiotic foundations and in integrating it with the concept of role and enrollment as elaborated by Michel Callon. What emerges from our de-scription is that raw milk vending facilities dispose for consumers a role complying with the "logic of care," as recently outlined by Annemarie Mol. 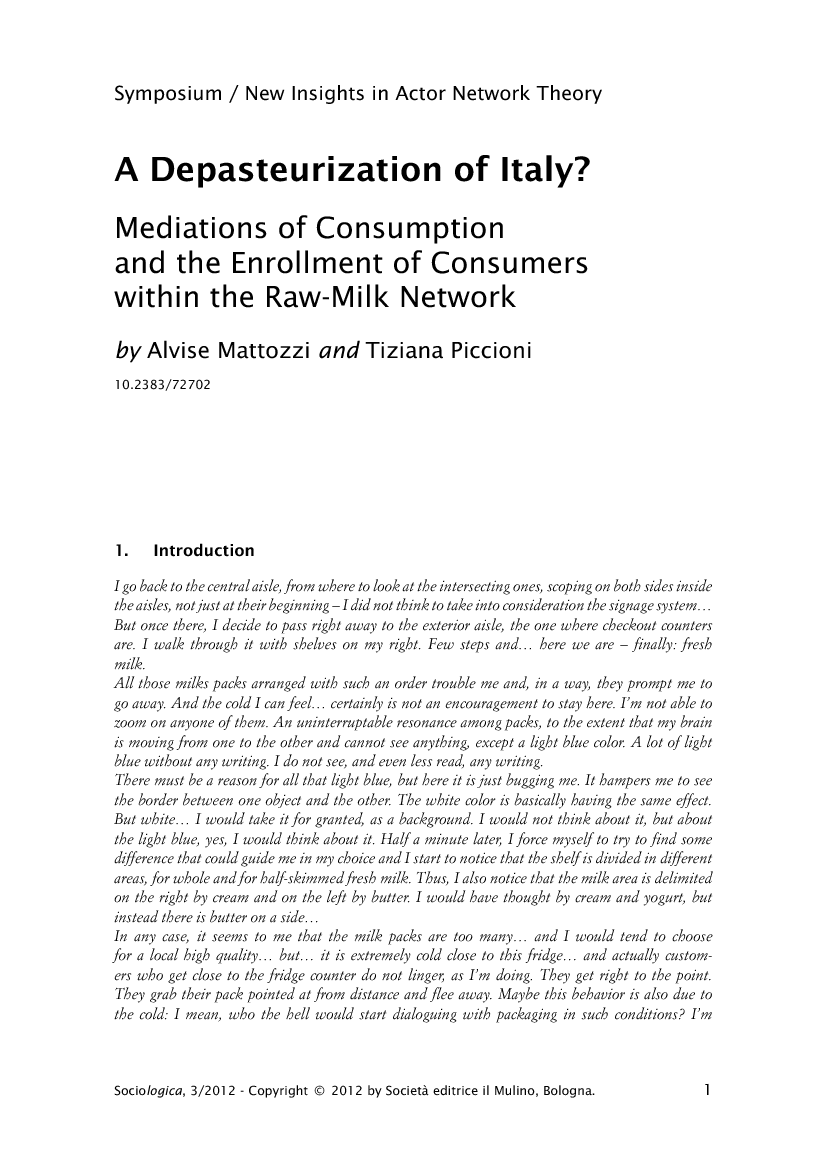