This article considers mobility regimes at a specific border crossing between the Republic of Haiti and the Dominican Republic as a material and performative site of mobility, bordering and debordering through which territoriality is practiced, mediated, and contested. Employing both an autoethnography of the border crossing and a deeper macro-history of colonial and post-independence mobility regimes that have formed and transformed the island of Hispaniola, it extends relational and processual approaches to mobility, bordering and territoriality. It builds on Claude Raffestin's relational concept of territoriality especially as interpreted via recent Anglophone socio-spatial theory, while also drawing on multi-scalar sociological approaches to territory and debordering, critical border studies, and mobilities research. Examining the ways in which friction, turbulence, borders and gates are central to contemporary mobilities, this thick description of multiple jurisdictions and social actors at this border crossing shows how "fuzzy" control of mobility ironically produce the fiction of state territory even within competing forms of territoriality. Through acts of bordering and debordering, a territory is at once produced, stabilized, and sometimes deterritorialized. 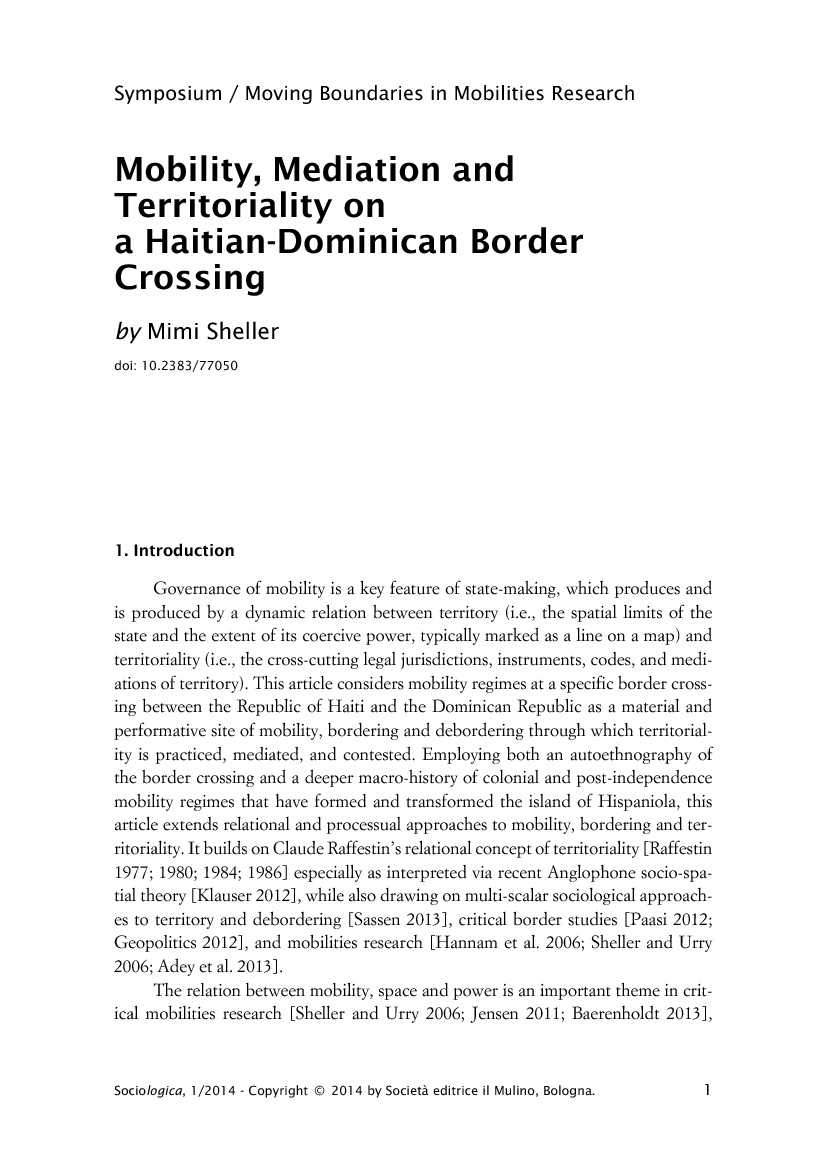