Since the early 90s, visual artists have been attracted by VR technology and its great socio-political potentials: it is the pioneering case of feminist artist Jenny Holzer. However, despite the fact that nowadays mainstream artists like Marina Abramoviå, Jeff Koons or Ai Weiwei have gone virtual, VR promises are far from being completely fulfilled. On the AR side, artists have explored alternative ideas of power, also using this technology to denounce systemic racism. However, critics of these technologies also highlight the risk of developing a sort of an “armchair activismµ. This paper will discuss how, by producing image-worlds (an-icons), VR and AR artworks can effectively address political and social issues. Nevertheless – like any other medium –, such technologies can both critically reveal and ideologically conceal relations of power. 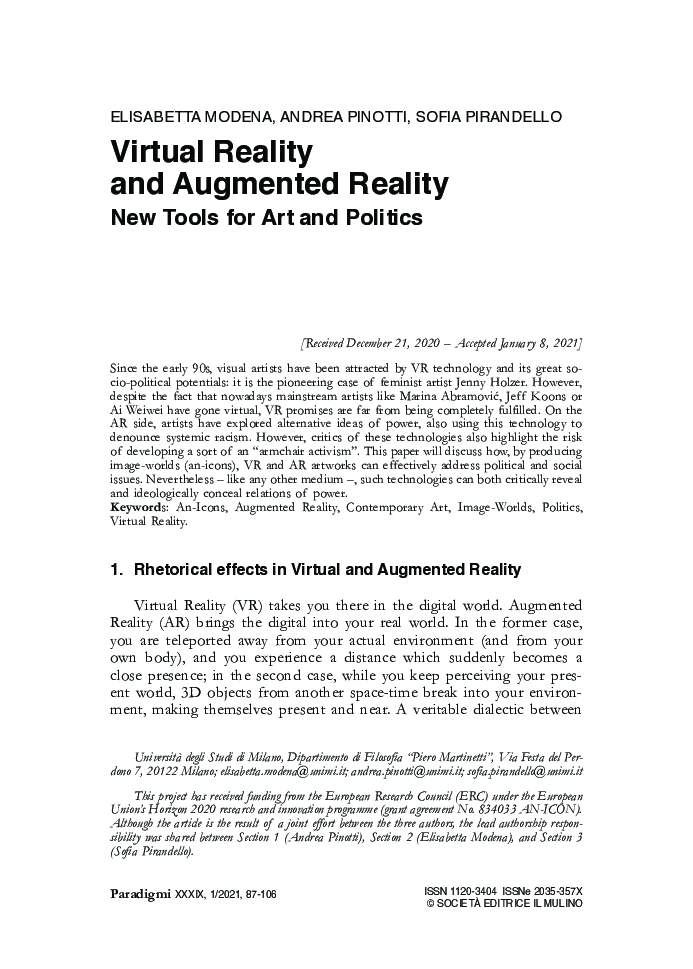