The aim of this paper is to reassess Kant’s theory of empirical schematism by laying the foundations for the development of a theory of cognition focused on the third Critique and on a new interpretation of the concept of “monogramµ. In the debate on Kant’s theory of cognition, the notion of “monogramµ has been interpreted as a psychological means for categorization or as an archetypical entity. As a consequence, the theory of empirical schematism has generally been rejected as inconsistent and superfluous. I will argue that the monogram should not be interpreted psychologically, but, as its original meaning suggests, as a graphic sign with a complex iconic-discursive structure. In order to do this, I will examine it through the lens of Kant’s aesthetic theory. In particular, I will stress the aesthetic link between the monogram and the “third manifoldµ, that makes empirical schematism a dynamical structure constantly open to changes over time and a representation better suited to dealing with the variety of experience than the schematism of the categories. 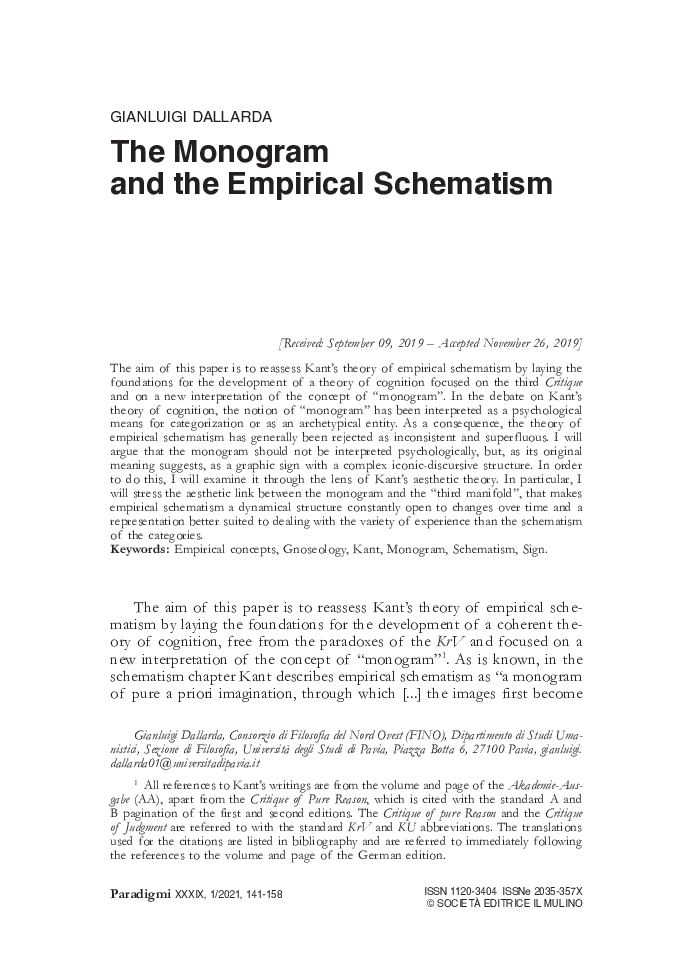