Sixty years after Truth and Method, Gadamer’s idea of the Being like Ereignis (Event) seems to set a sort of new “metaphysicsµ. Gadamer inherits from Heidegger the ontological idea that Being is “to happenµ, removing the medieval and modern metaphysics and recovering some of ancient platonic patterns. Putting on test this rediscovery, Gadamer develops both a universal dimension of the understanding and a new ontology of the image. By this way, the Gadamer’s idea that the image of the Being is more than the same Being leads to understand the contemporary role of image, in which a new “metaphysicsµ of the image-event may be grasp not like transcendence, but like virtuality. 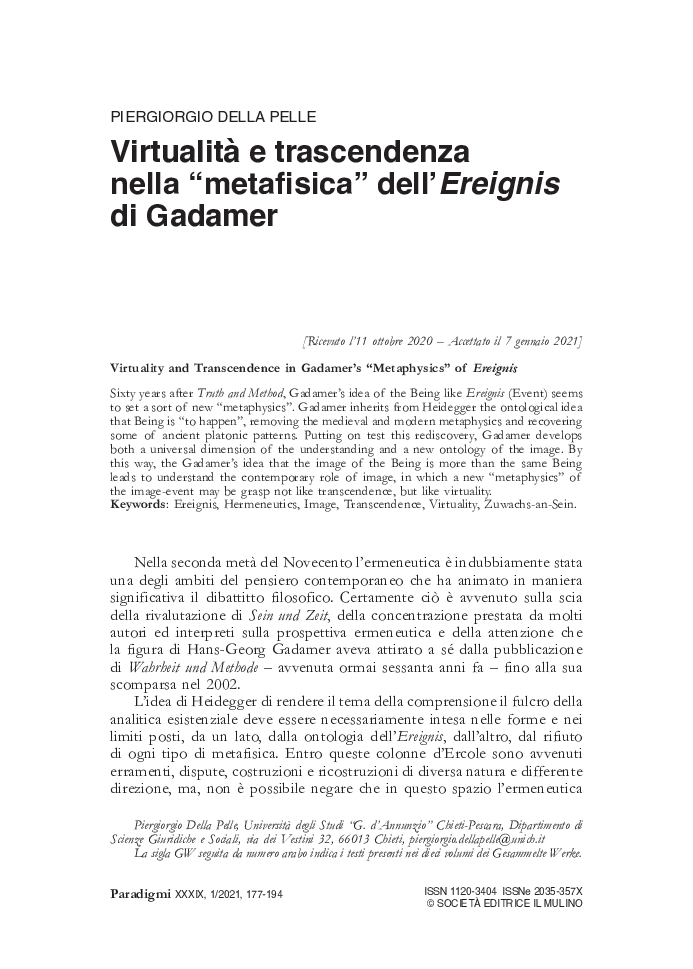