Awakening (Aufwachen, Weckung, also as reawakening of memory and of presentification) offers Husserl a real pattern, by which the thematization of sleep is measured as an intermediate part of the awake life, as a break in waking temporality. In the case of sleep, it is not just a form of self-exposure in the absence of any interest and loss of any activity of the ego, but also a shrinking of the world, an immunization against the forces of affection: sleep takes me away from myself and out of the world in a periodic sinking and reappearance. Sleep pauses form with wakefulness, however, a chain in which an immanent being and life are outlined. Consciousness is thus constituted as missing itself; incidentally belonging to my wakefulness are not only the alertness and sleep of others, but also my own sleep in the past and in the future. The ego constitutes time and the world in a lively pausing, and it can also gain distance by allowing the world and time to sink. The phenomenological reflection of the late Husserl’s manuscripts starts here and thematizes how falling asleep represents a limit case of consciousness. Emmanuel Levinas’s problematization of insomnia as well as Jean-Luc Nancy’s Tombe de sommeil should be interpreted also against this background 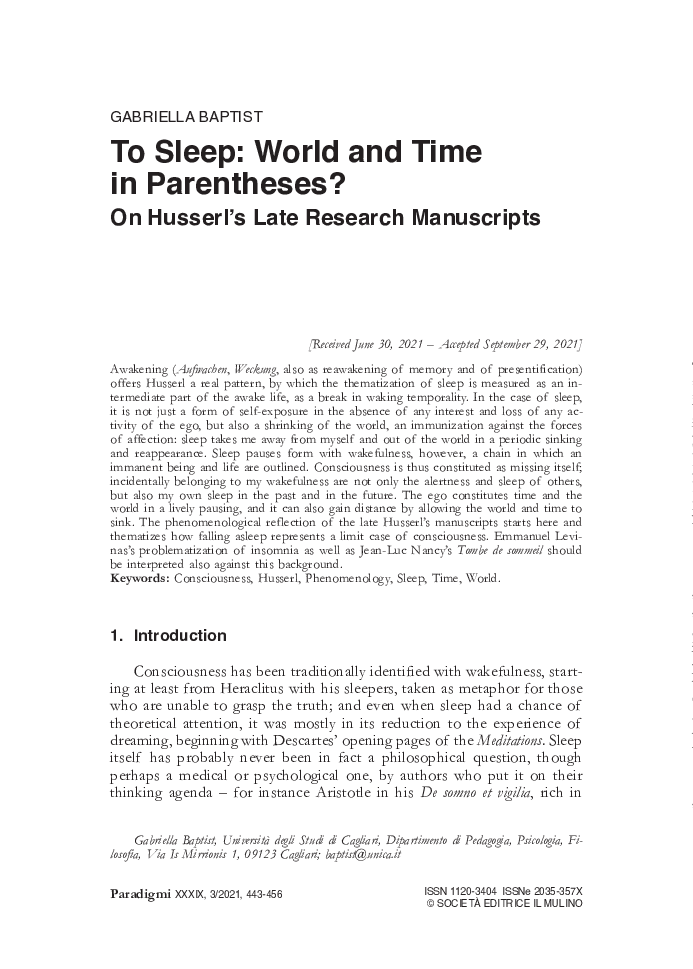