Agents who have experienced a moral conflict often perceive a particularly strong discrepancy between a negative emotional state and the awareness that, if they could ever go back, they would confirm the choice made. This dissonance is seen as typical of the feeling of regret, to which Bernard Williams has drawn attention. In this essay, I will investigate his main claims in the light of some objections raised by Richard Mervyn Hare and Philippa Foot. In particular, I will explore the meaning of regret in those cases in which the agents believe they have acted for the best or at any rate according to the principles of a coherent ethical theory. To this end, I will review some cases of moral conflict in which some ethically valid reasons for subordinating one moral obligation to the other seem to be available to the agents. 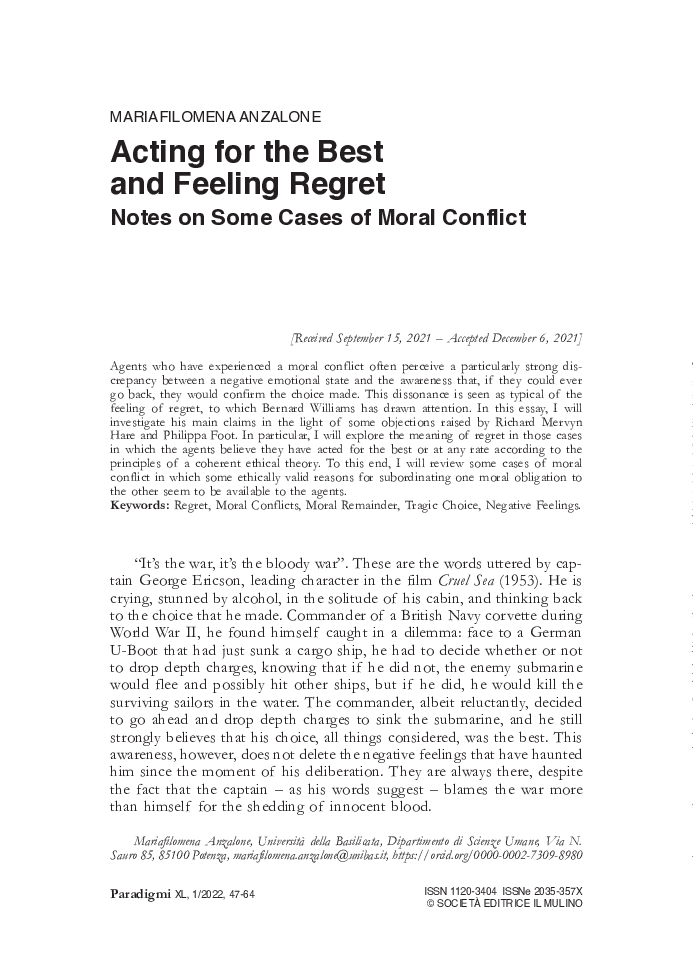