In the last thirty years, some authors (R. Kurz, M. Postone, A. Jappe and others) have argued, reworking the theory of value of Marxian origin, that the society in which we live – capitalism – is a “realized metaphysicsµ in which “real contradictionsµ materialize, in which there is “the true realism of concepts of which the scholastics dreamedµ (Jappe). The article, which makes use of the tools developed by social ontology and analytical philosophy, highlights the argumentative structure of these positions, analyzes them, and attempts to refute them. 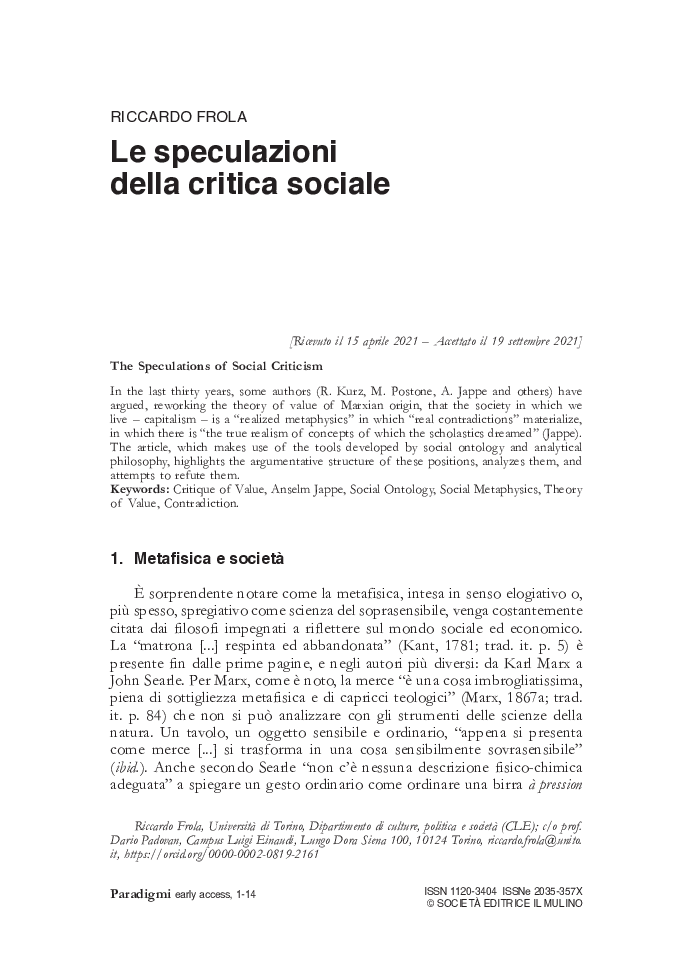