Plato's relationship to any rhetoric of persuasion is at the minimum ambivalent. Common readings judge it to be anathema to him, rejected early on for the more reliable tools of philosophical dialectic. But as much as he adopts the latter, he still needs a rhetoric for the demands of communication throughout the polis, and this need extends throughout the middle and late dialogues. In this paper, I track this need through a study of a specific type of persuasive argument, the protreptic argument used to persuade people to turn to particular kinds of action. We see this used effectively in the "Euthydemus", and track it through to the "Statesman", where the value of rhetoric for Plato becomes particularly pronounced. 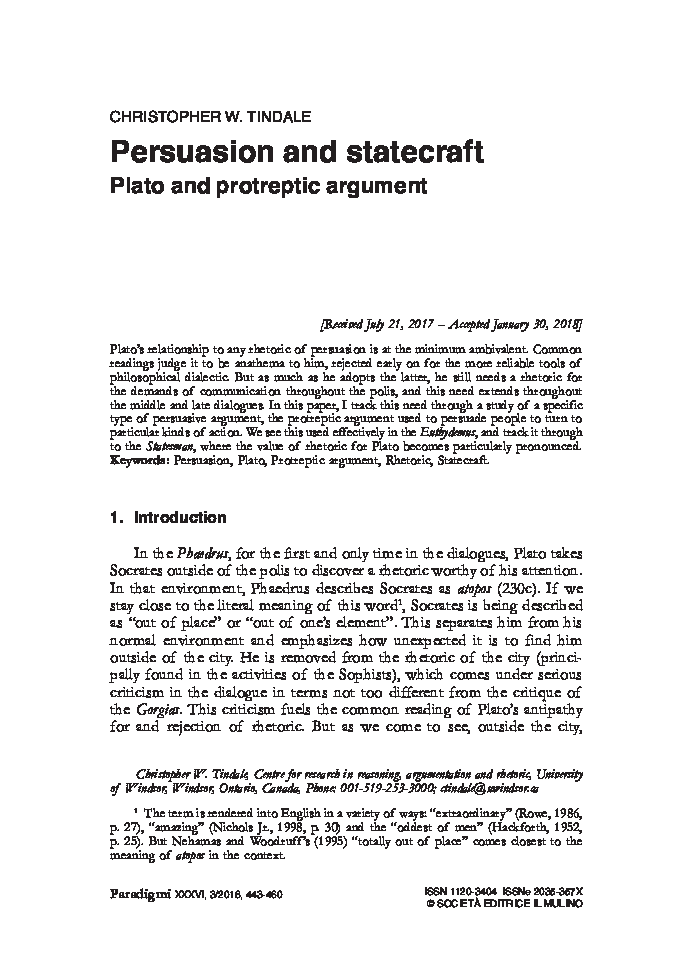