This paper views argumentation as a discursive practice in context that does not necessarily focus on agreement: it includes polemical exchanges as displayed in the public sphere. Through an in-depth analysis of a case study, the French controversy on the formula "civil war" in the aftermath of the 2015 terrorist attacks in Paris, it shows how polemical argumentation works. It also uncovers the complexity of the agonistic exchanges of opposing political trends, from the Left to the Right and Extreme Right, that promote divergent, and often contradictory, interpretations and solutions to the question. It thus sheds light on the forms and functions of polemical discourse as an argumentative mode, beyond the prevalent definitions of argumentation based on normative approaches, and demonstrates the capacity of argumentation analysis to show how discourse frames reality, defines collective problems, and manages disagreements. 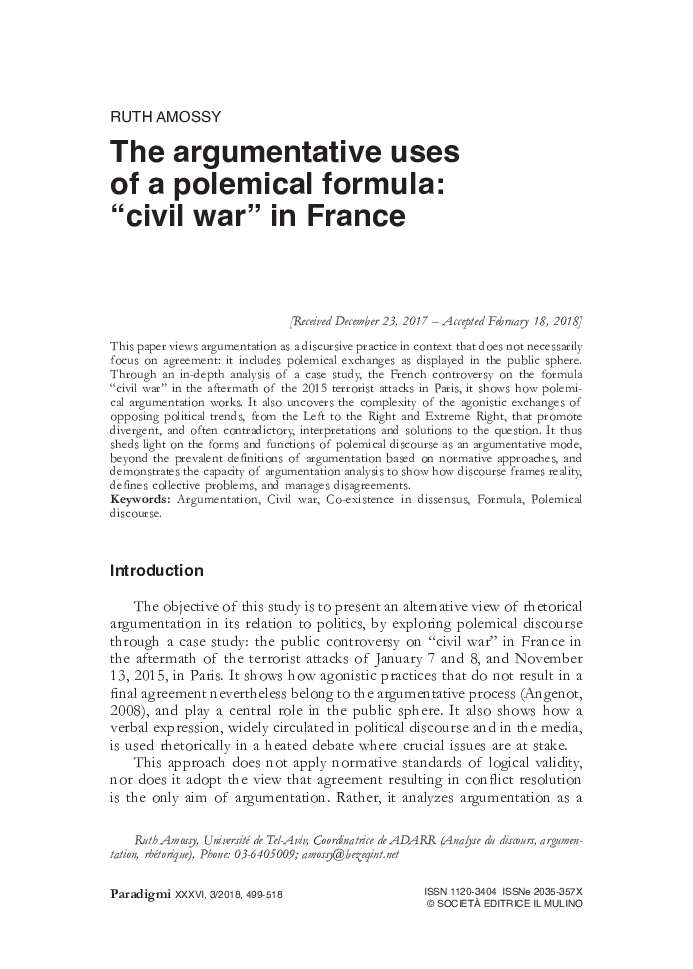