Summarizing the main points of the Royaumont debate between Jean Piaget, Noam Chomsky and several other key participants, several issues are highlighted as being still relevant today. The main focus here is the theory of syntax, the fixation of basic concepts and language acquisition, explaining why some suggestions then made by Piaget, Inhelder, Céllerier and Papert do not stand the evidence and the theoretical developments accumulated since the debate. Piaget's focal interest in epigenetics and the Baldwin effect is critically re-examined in the light of many crucial developments in genetics, epigenetics and the evo-devo revolution. It is stressed that Piaget was right in his critique of canonical neo-Darwinism and that his observations of inherited acquired traits in the mollusk "Lymnea stagnalis" were correct, in spite of perplexities unjustifiably raised by the biologists then participating in the debate (the present author, alas, included). A plea for a better, future post-Darwinian integration between evolution and psychology is offered. 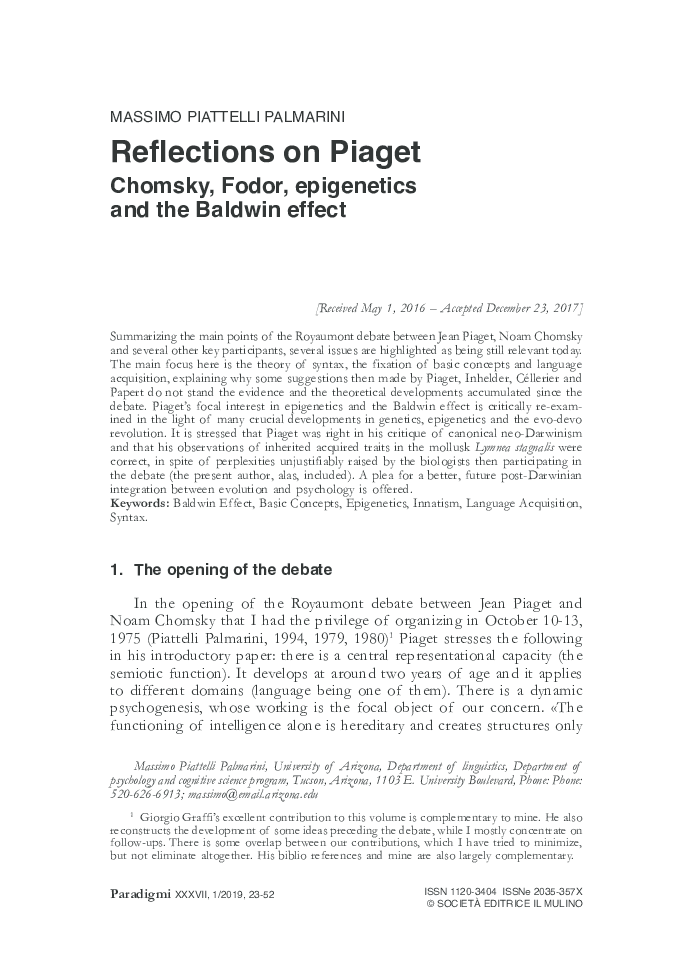