Jean Piaget's contributions to the "Language and Learning" debates are not normally placed in the context of his theoretical concerns in 1975, or of the work of other researchers on his team. Piaget was ill-equipped, in several ways, to conduct a debate with Noam Chomsky on language and language acquisition, and completely unprepared for Jerry Fodor's broader arguments against the possible emergence of knowledge. He had never shown much interest in linguistics, or in language development, and language had consistently taken a back seat in his accounts of development. Piaget's position paper and his other contributions to the debate were mainly concerned with his ongoing research on core developmental processes, such as equilibration, abstraction, and possibility and necessity. They provided few citations to readers in need of a fuller exposition. The other speakers representing Piaget's team at the debate also failed to identify key issues and present adequate arguments. From an interactivist standpoint, Piaget's theory was deeply incompatible with either Chomsky's or Fodor's, but even if he and the other Genevans had been better prepared and more effective in their presentations, Piaget simply did not have among his resources all of the arguments that he would have needed. 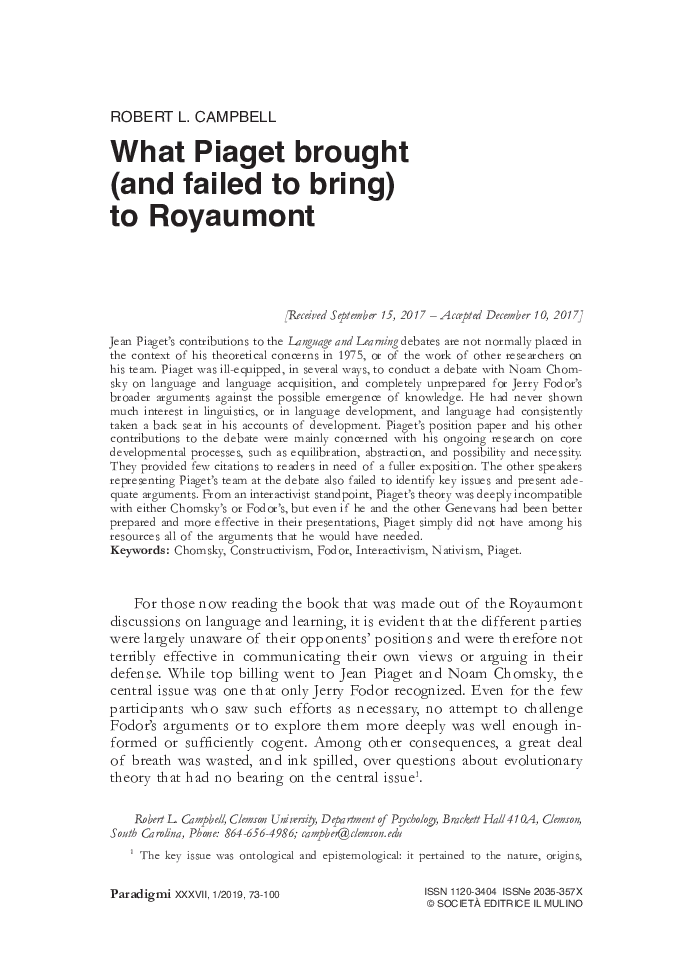