In the late nineteenth century, the term ‘epigenesis’ reappeared in scientific literature to designate the idea that ontogeny and phylogeny consisted in an inherently creative process where acquired changes could be transmitted to offspring. In contrast, neo-Darwinism was labelled as ‘preformation’. This paper explores the motives behind such a ‘revenant dichotomy’, showing that the much-discussed identification between epigenesis and Lamarckism is deeply rooted in the nineteenth-century evolutionary debate. I argue that, already at that time, such conceptual association was spurious, for neither neo-Lamarckians advocated epigenetic development in like manner, nor the advocates of epigenesis assumed Lamarckian ideas unanimously. 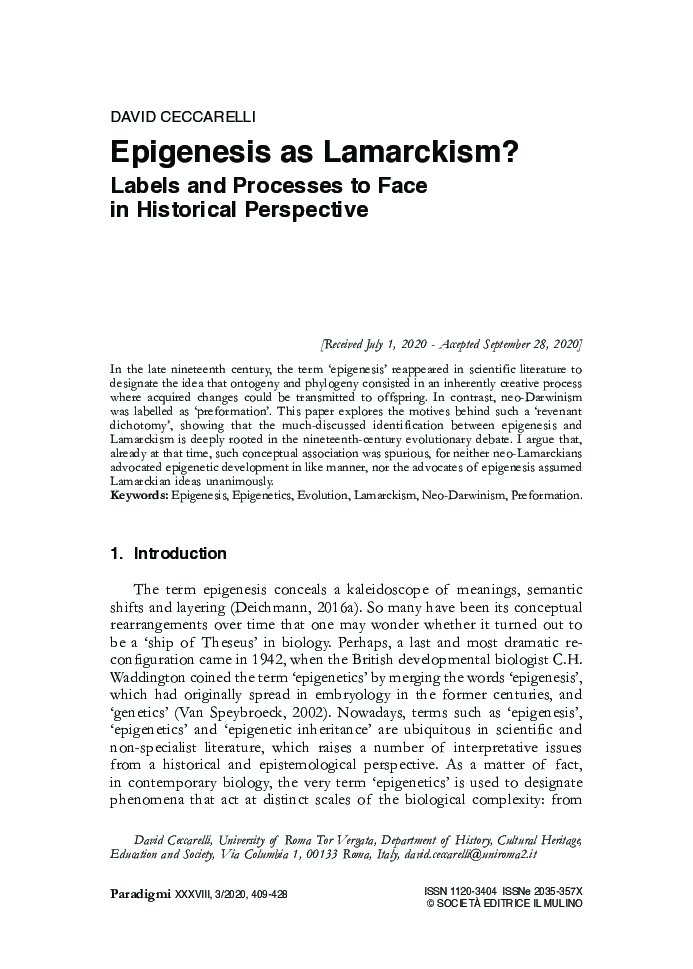