The article shows that Rousseau and Stendhal attributed entirely different functions to autobiography, and addresses this difference by taking into consideration the philosophical and psychological notion of caractère, which is not conceived of in the same way by the two authors. For Rousseau character is unique, hidden inside and partly innate. For Stendhal it is nothing but the habitual disposition which results from acquired habits. Whereas Rousseau composes Les Confessions to disclose his true character to his readers, Stendhal, on the contrary, writes the Vie de Henry de Brulard to discover his own character, which can only be revealed through a geological examination of his way of life. 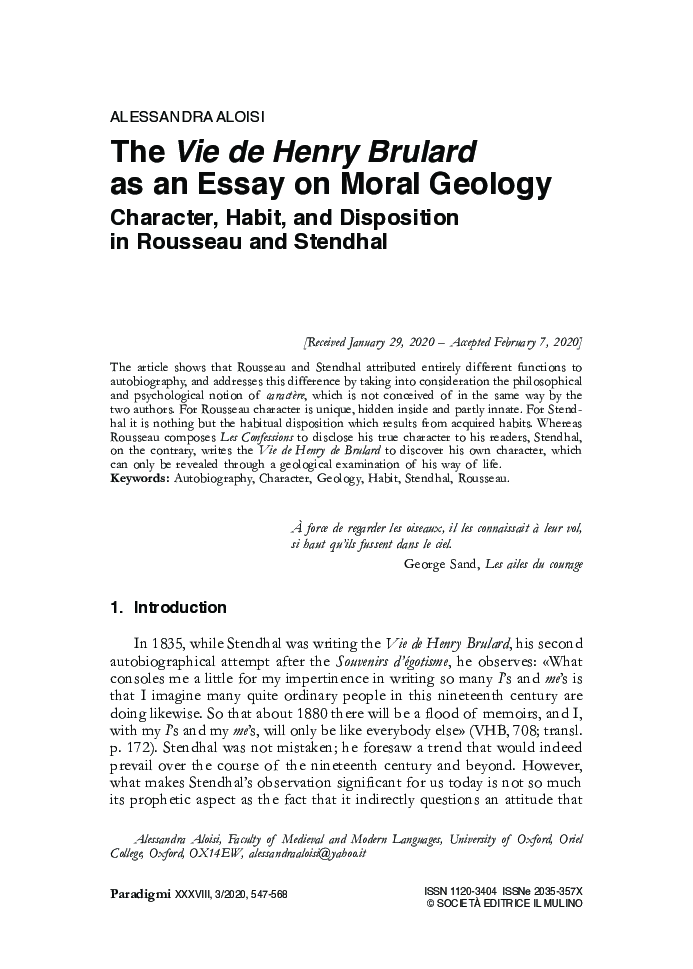