The abolition of the Caliphate in 1924 had enormous repercussions over the entire Muslim World, which was going through great cultural, political, and economic transformations. The abolition came after a heated debate among Ottoman intellectuals, occurring between 1922 and 1924, in which the figure of the caliph, his institution, and his meaning for the wider community were tackled. This article aims at analysing three pamphlets, as examples of the many contributions to this debate: Hilafet-i İslamiyye ve Büyük Millet Meclisi written by Turkish member of Parliament İsmail Şükrü, Khilāfa aw al-imāma al-kubrà by the Syrian intellectual Rashid Rida, and the speech given by Çelebizâde Mehmet Seyyid at the Ankara Parliament for the abolition of the Caliphate. They are all representative of the different stands among Islamist intellectuals in Turkey and Egypt. Their analysis will help us understanding how differently the Caliphate was understood 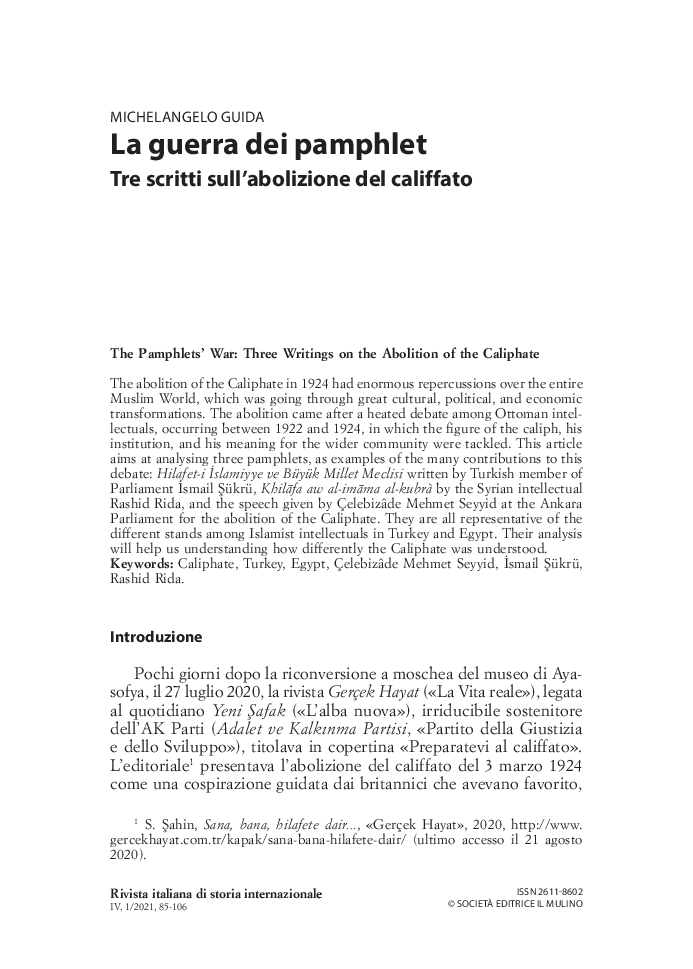