Conceived as a complement to the other contributions here published, this paper aims at shedding light on the attitude of the Balkan Turks, of some anti-Kemalist exiles and of the Alevis towards the abolition of the caliphate. In particular, the Turks of Western Thrace felt they had been overlooked and sacrificed by the Kemalists, which explains why many of them were sensitive to anti-Kemalist and pro-Caliphate propaganda. The restoration of the Caliphate was one of the aims not only of reactionary circles but also of supporters of the restoration of a liberal state as well. Conversely, the abolition of the Caliphate was determinant in making many Alevis loyal to Mustafa Kemal’s regime. As an appendix, long excerpts from two articles are submitted, to concretely show the views about Caliphate of the moderate wing of the exiled opponents. 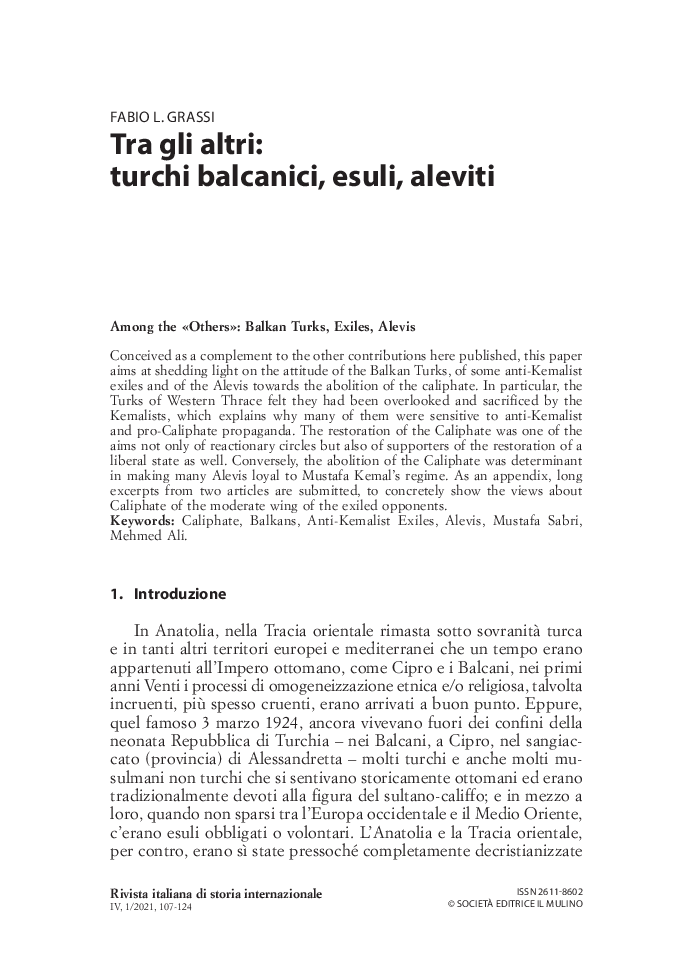