Populism is currently used to analyse and define recent ambiguous mobilizations because of their socially undifferentiated and chaotic composition, and in so far as they lack any political hegemony. The root of the mistake is to be looked for in the neglection of the different historical context which actually produces a sociologically hypostasis of different historical experiences. In other words, the mistake is produced by the supposed and a-priori deviation from an ideological aim that historians assign to historical process. Latin American history rather shows the changing and ambiguous nature of populism in so far as it adds up from time to time the anti-oligarchic social mobilizations of the Twenties, the Thirties-Fifties regimes resembling the corporatist European fascism, the later so-called liberal-populism of the Nineties and at last the neo-populism of the XXI century. The globalist break in, the crisis of the nation-state, the individualistic disintegration of social relations produced ambiguous popular reactions hard to be ruled. The difficulties of governance are faced up by a new social and constitutional contract: governments overwhelm judicial and legislative powers, and neo-authoritarian regimes look for legitimacy albeit through electoral procedures. But new electoral laws launched since the Eighties, emptied meaning and dynamics of democracy, produced estrangement from politics and high electoral abstentions. United Nations meaningfully stand out since 2002 UNDP Report the «governability indicators» rather than an abstract theory of democracy. 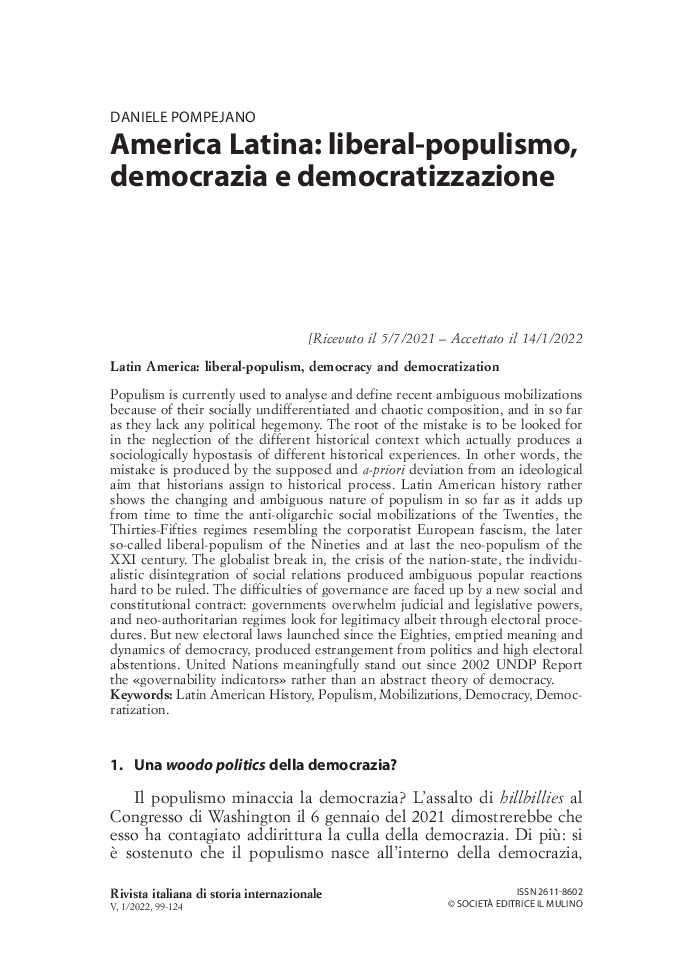