Keywords: The Holy See and the Civil War in Lebanon During the Early Years of John Paul II’s Pontificate (1978-1985)

Since the outbreak of the civil war in Lebanon in 1975, the Holy See followed its evolution, critical passages and glimmers of peace, trying to find spaces for mediation between all actors, internal and external. This continuous attention, which began with Paul VI, continued with John Paul II throughout his long pontificate. This study, also on the basis of French and British primary sources, traces the first years of the diplomatic action of the Polish pope between 1979 and 1985. John Paul II was careful not to make the Holy See appear supportive of the Lebanese Christians against the Muslims. Moreover, he was always opposed both to an «Arabization» of Lebanon, as desired by some Muslim sectors, and to a federal or «cantonal» solution, as suggested by some fringes of the Christian community. Under John Paul II the Holy See would continue to focus on Lebanon’s independence and territorial integrity with respect to external interference and pressures, and would support its political unity and the peaceful coexistence of distinct communities, capable of working together in the common interest of the country. 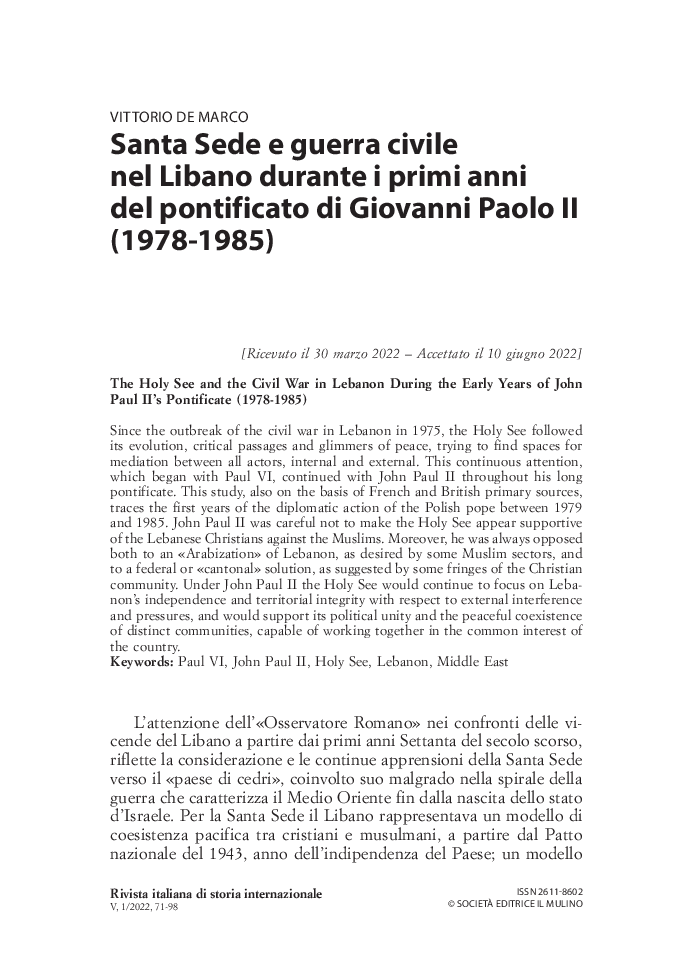