Among the many events that occurred during his long political career, Giulio Andreotti also dealt with Italy’s participation in the peace mission in Lebanon (MNF) between August 1982 and February 1984. It was the first real operation of the Italian armed forces abroad after the Second World War outside the framework of the United Nations. Andreotti, who had always been sensitive to Middle Eastern issues, was already interested in the MNF as president of the Foreign Affairs Commission of the Chamber of Deputies, and then directly managed the most difficult phases of the mission and the inevitable withdrawal by covering the role of Foreign Minister. The path that eventually led Rome to accept the US invitation to be part of the peace mission in Beirut had started long before. And from the 1980s onwards Italy participated more and more actively in the main affairs of the Mediterranean and the Middle East. In this framework, Andreotti’s role was always active. As far as aid to Lebanon is concerned, it had begun as early as July 1979 with the decision – as Prime Minister – to replace Norway in the UNIFIL mission (United Nations Interim Force in Lebanon). Thanks to the availability of documents from the Giulio Andreotti Archive, kept at the Luigi Sturzo Institute in Rome, it now appears possible to reconstruct the key moments of Italian participation in the MNF. 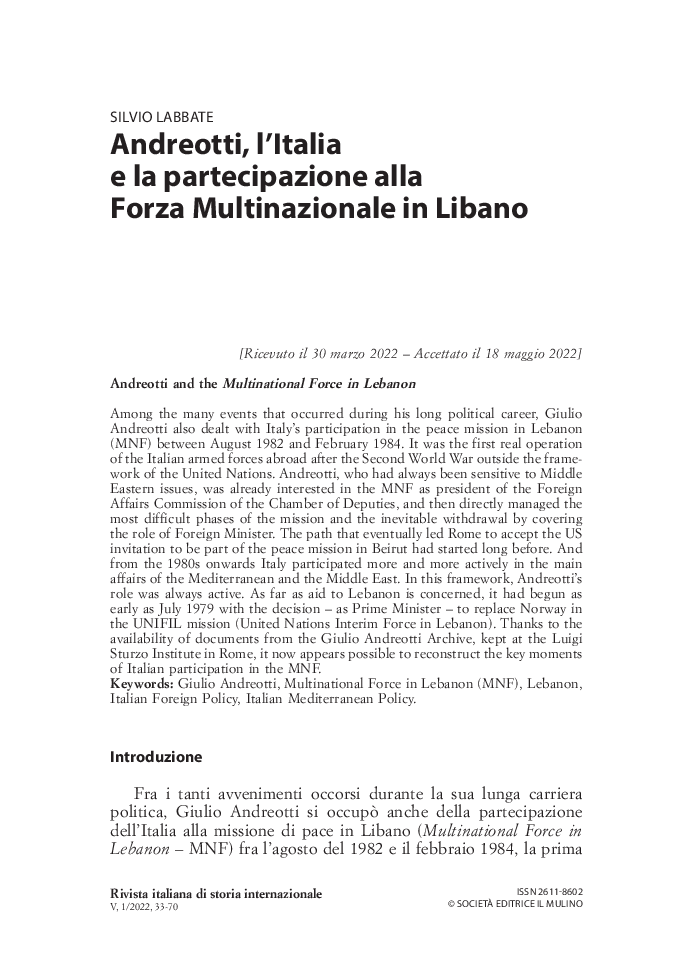