In August 1982, Italy participated in the «Multinational Force in Lebanon», an international peacekeeping force which also included US and French units (and was later joined by UK units) and was meant to oversee the peaceful withdrawal of the guerrilla forces of the PLO (Palestine Liberation Organization) based in Beirut, where they had been besieged by Israeli troops for weeks. In addition to the evacuation of the PLO, the international mission was to support and train the Lebanese Armed Forces to restore the sovereignty of the Lebanese government and the promotion of national unity and reconciliation, along with strengthening Lebanese national institutions. Italy’s participation marked a political and military involvement in one of the worst and most violent crises in the Middle East, with an operation that proved to be positive as regards humanitarian aid and civil protection, but politically bankrupt. This article intends to investigate the decision-making process that led to Italy’s participation in the MFN, so as to shed some light on the significance and the implications of the Italian involvement in the Lebanese crisis. 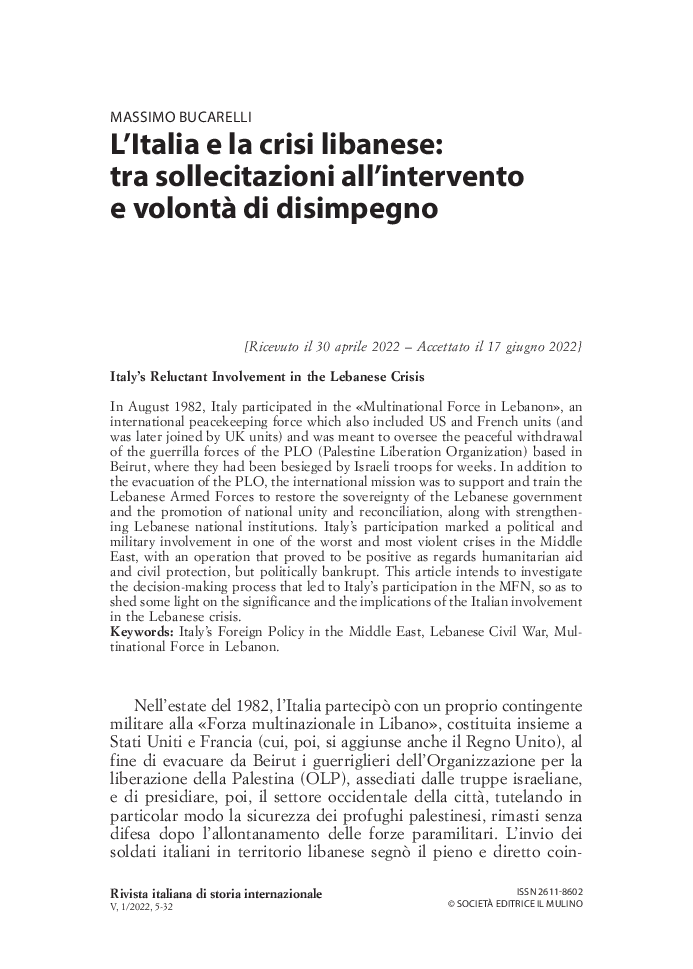